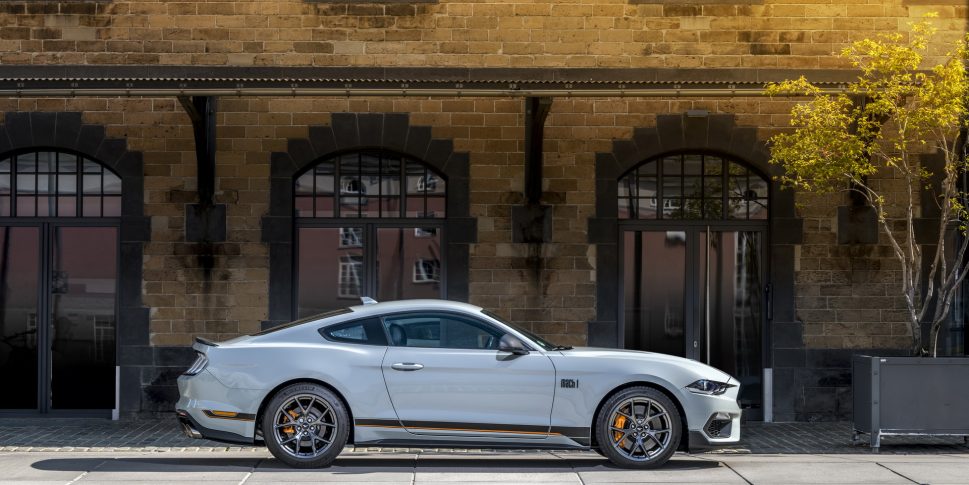 The limited edition Ford Mustang Mach 1 will make its European debut at Goodwood Speed Week. The car is the best-handling Mustang ever.

It’s also the first production Mustang in Europe available with a TREMEC six-speed manual. Apparently, You can buy the car with a 10-speed automatic if you so choose.

The car comes with a specially-calibrated 453 hp 5.0-liter V8 engine. Surprisingly, or perhaps not so surprisingly, the engine is rated about 30 hp fewer than the U.S.-spec version of the car. Correspondingly, this is according to Carscoops. Apparently, this is likely due to emissions compliance.

“The original Mach 1 delivered the ultimate in production Mustang performance and proved itself with success in motorsport,” said Mustang Mach 1 chief program engineer for Europe, Matthias Tonn. “The new Mach 1 is the most capable Mustang ever to reach Europe, with track-ready ability and a unique style that is more than worthy of wearing such a legendary badge.”

Also, Buyers have their choice of eight body-color, stripe, and contrast-line combinations. Evidently, all colors echo Mustangs of old. Inside, the car features an Ebony color scheme and Dark Engine aluminum detailing. There’s also plenty of leather, too. European pricing and availability have not yet been announced.