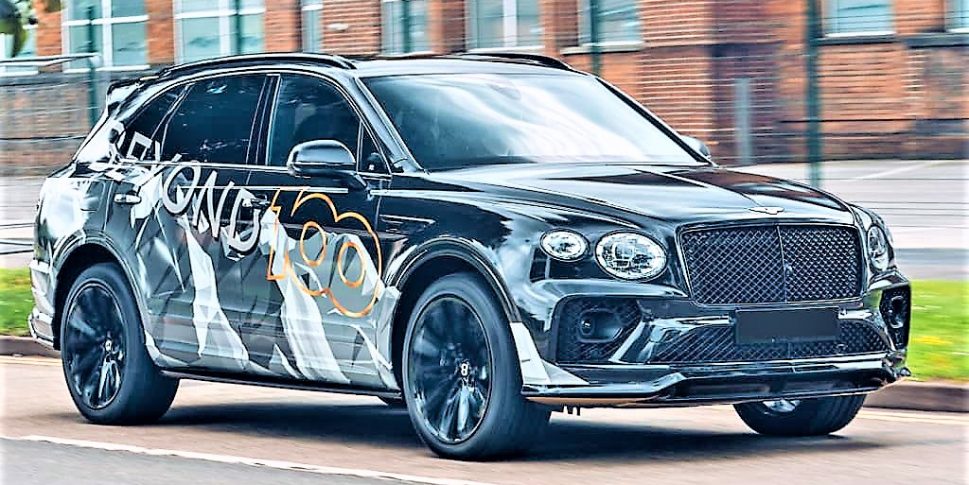 We don’t know all the details about this new car. But the teaser shots that we have obtained shows that the new Bentley Bentayga Speed is not the same car as the 2021 Bentley SUV. There are changes to the front bumper with all new cross cut edges. The way the bumper blends with the body panel is quiet aggressive.

From the side, the car looks pretty much same like the 2021 Bentley Bentayga SUV. The wheel arches, the tyre size and also the wheels look very familiar. The teaser shots we have is of a car that has a somewhat camouflage paint and we couldn’t get the complete design of the car. Overall it is going to be aggressive. 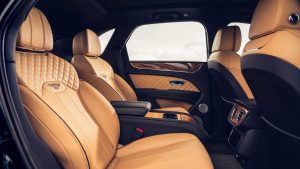 While we don’t have much information about the interior, the car is expected to have a similar design as the 2021 Bentley Bentayga. There is no scarcity for luxury in the interior. Bentley has always maintained top standard when it comes to luxury. One of the main factors that gives comfort to drivers as well as the passengers are the seats. The more suspension/cushion the seat has, better it absorbs bumps and more comfortable it is for the passengers and drivers.

CLICK HERE TO READ ABOUT THE ROLLS ROYCE WRAITH KRYPTOS 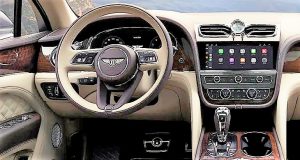 The main highlight of this car is its engine. People in Britain were terribly disappointed when the new 2021 Bentley Bentayga was offered only in V8 configuration. That is now solved with this brand new car from the British luxury car maker. This new car is boasting a whopping W12 monstrous engine. It is going to be the same engine as the new Bentley Continental GT.

The Bentley Bentaya Speed will have a 6 litre twin-turbo W12 engine. It is capable of delivering 635 bhp and 900 Nm of torque. The car can reach a maximum speed of whopping 306 kmph. This is marginally faster than Lamborghini Urus which is currently the world’s fastest production SUV.

In comparison, the 2021 Bentayga SUV (non Speed version) is powered by a 4.0-litre, twin-turbocharged petrol engine. It also produces an impressive 542 bhp and 770 Nm of torque. It has a top speed of 290 kmph and is able to do zero to 100 kmph in about 4.5 seconds. That is impressive number for a small V8 engine. But the Bentley Bentayga Speed engine is monstrous and it provides equally monstrous performance figures.

While we don’t know the price yet, we are confident that the new Bentley Bentayga Speed is going to be expensive than the face lift version. We all know the Bentley Bentayga price. Will the price of this Speed be marginally expensive or massively expensive? If Bentley thinks that the Speed is just an uplift then the price will be marginally expensive. But Bentley is going to price against the peformance between the V8 and W12, then the price difference is going to be absolutely massive. Let us wait for the car to be launched and check if what we guess is right or not.