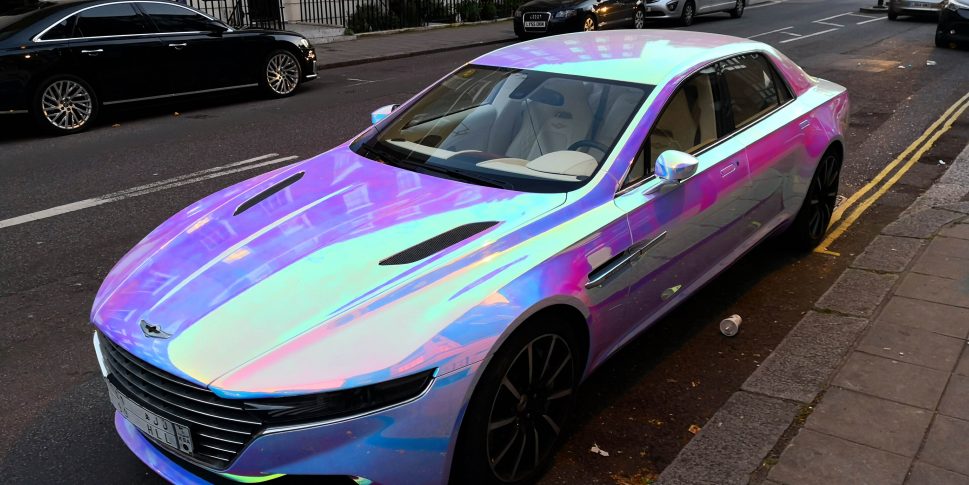 Aston Margin Lagonda Taraf is today’s interest of discussion. Lagonda is Aston Martin’s luxury branch. It produced and marketed $1 million luxury sedan under the name Taraf. This article about this infamous car. 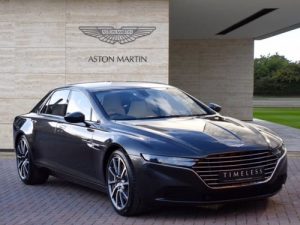 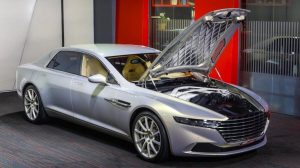 There are rumors floating around that this car is supposed to debut in James Bond movies produced during that period. But because of production time line issues and the exclusivity of these cars, it didn’t make its way to the movies. Why would James Bond need a four seater? May be it could have been used by the villain. These are unverified rumors, so please take it as a grain of salt.

Aston Martin produces some of the best cars in the world. This Lagonda Taraf is no exception to it. Obviously, the car looks absolutely stunning. Evidently, the car has all the lines of Aston cars but more boxy and less curvy. There are more straight lines than curves. I am very surprised that these are still absolutely brilliant design. The boxy design is done in the best possible way. 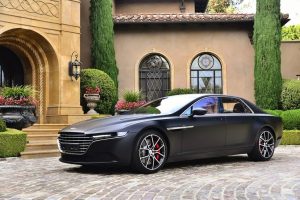 You can judge it for yourself from the photos. I couldn’t think of any other 4 dour full size sedan that is as sleek and sexy as this Aston Margin Lagonda Taraf. Either it be front or the side or the rear, the design absolutely blows your mind. Hats off to the designer. Since Aston Martin targeted this for the ultra luxury in the middle-east, they made sure that the design meets the ultra superior standard. They have absolutely nailed it.

CHECKOUT ASTON’S WEBSITE FOR THIS CAR’S SPECS AND PRICE 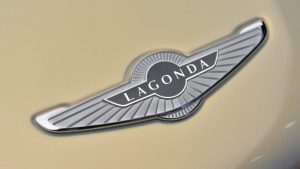 Aston Martin was really interested to keep the Lagonda badge separate. In the same way, Lexus was treated separately though it is a luxury version of Toyota. Similarly, Acura for Honda. The styling of the badge pretty much imitates the Aston Martin looks. But they are very distinct and you can fairly differentiate them easily. Evidently, it also looks like being inherited from the famous Aviation style badge of the Aston Martin brand. 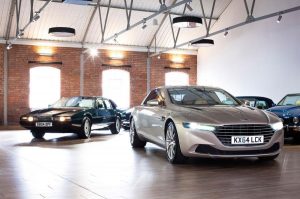 The above image shows Aston Martin’s own Lagonda car against the Lagonda Taraf. The Aston Martin Lagonda is a full-size luxury four-door sedan which was manufactured by Aston Martin between 1974 and 1990. A total of 645 were produced. The name was derived from the Lagonda marque that Aston Martin had purchased in 1947. There are two distinct generations, the original, the short lived 1974 design based on a lengthened Aston Martin V8, and the entirely redesigned, wedge-shaped Series 2 model introduced in 1976 along with subsequent evolutions. 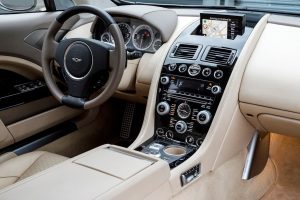 This car is targeted for ultra luxury clients. It means, the interior should be as plush as it should be. Aston Martin has done a very good job with that. There is leather everywhere. Literally, there is leather all over the car. 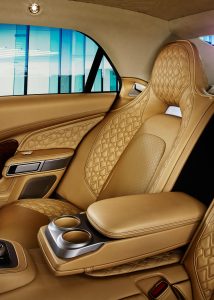 The interior is sculpted. Many of the leather interiors and finishes are hand crafter. Apparently, lots of man hours are spent building this beautiful pieces of interior elements. Even the seat belt sockets are covered with leather. This is the only car in the entire world I have seen with the seat belt sockets covered with leather. Definitely, a very interesting attention to detail. 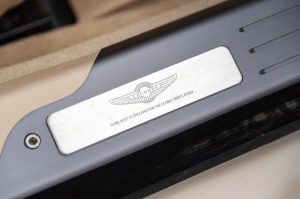 Even the plank that says “Hand built in England” is targeting its ultra wealthy middle eastern buyers. In addition, the plank says that it is debuting Dubai. Evidently, that is the extend to which Aston Martin has gone to attract wealthy middle-eastern customers. 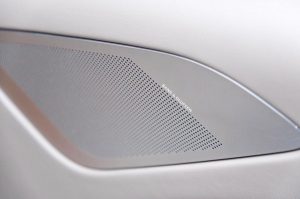 Needless to say, Lagonda has spared no parts in the interior to satisfy the luxury needs of its owners. The speakers made by “Bang & Olufsen” is used all over the car. They are some of the most expensive speakers in the world. Are they the best speakers in the world? God only knows. I have heard them and I doubt they are not sound quality focused. Instead, they are more luxury and style focused products. 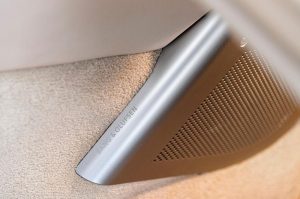 Not only the speakers, but also every single parts in the interior is sourced from ultra luxury manufacturers. Aston Martin made sure that their ultra-luxury customers never complaint about the quality of any of its components. The head room on the rear passenger sear is more than the head room in the front seat. That is another unique feature of this car. Obviously, the wealthy owners ride in the back seat. They drivers chauffeur them around in their wealthy masters car.

Sitting beneath the eye-catching bodywork of the Lagonda Taraf is a 6.0-liter naturally-aspirated V12. It produces 533 hp at 6,000 rpm and 465 lb-ft (630 Nm) of torque. This engine is coupled to an eight-speed ZF automatic transmission that sends power to the rear wheels. 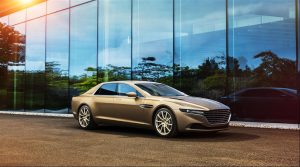 When this car was debut in the Dubai Auto Show, Aston Martin priced it for $1 million. That is much more than any of the other expensive cars like Rolls Royce and Bentleys. Aston Martin experimented this price hoping that its ultra exclusive design and the luxury features will attract wealthy buyers from the middle east. Obviously, it is a very huge risk. There are many luxury sedan makers already competing in the market. Rolls Royce sedan prices are very competitive. Evidently, so is the case with Bentley super sedans with ultra luxury features. 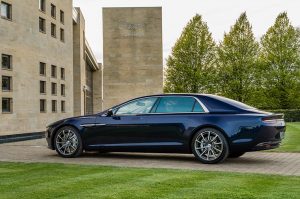 Aston martin has sold all the 120 cars they have built. They didn’t get much success with the price. Evidently, many of these cars were sold for less than the $1 million dollar price tag originally offered. Though these cars are rare, exclusive and super luxurious, they are not fancied by the middle eastern buyers. The main reason is because it is not as flashy as it should be. The title image shows one flashy wrapped Lagonda Taraf.

Overall, the Aston Martin Lagonda is a very nice car. It is exclusive. Luxury may change over time and might not hold up the value. But exclusivity always holds its value. In fact, many of these cars rise in value over the period of time. Aston Martin is one of the leading luxury sports car manufacturers. These cars are absolutely their babies. Their owners are absolutely enjoying their exclusive luxury sports sedan.