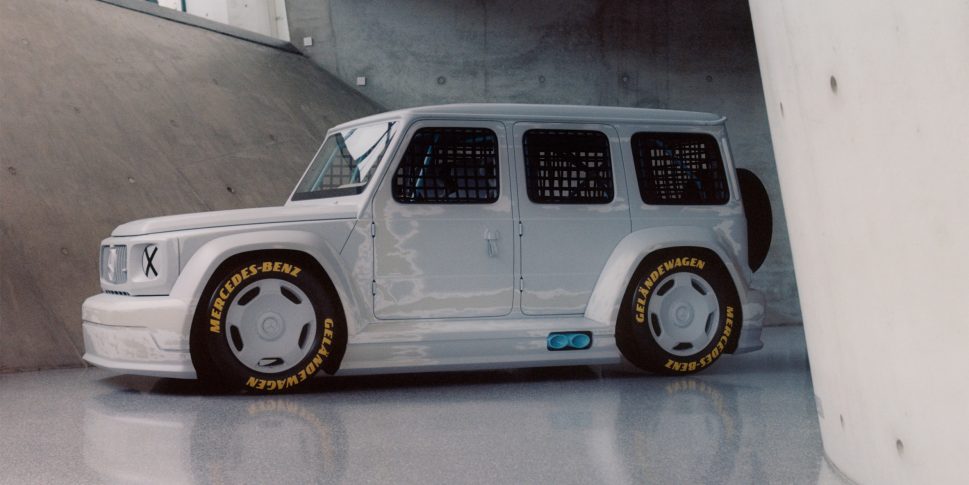 Here is the worlds first Mercedes AMG G63 Track Wagon. American designer Virgil Abloh is one of the pre-eminent cultural tastemakers of the 21st century. He is an entrepreneur, DJ, Louis Vuitton creative director, Off-White founder and Kanya West compatriot’s influence runs deep in modern popular culture. His signature deconstructed style and highly industrial aesthetic – one of the most recognizable design languages of the 21st century. He has manifested in clothing, accessories, furniture, artwork, music and even bottled water. Abloh is prolific, with more collaborations under his belt than perhaps any other artist today. 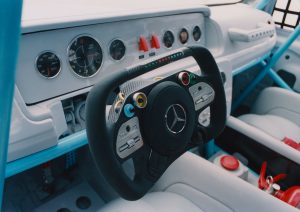 He has teamed up with Mercedes Benz to create a conceptual version of the Mercedes‑Benz G‑Class car called Project Geländewagen. Abloh and Mercedes chief design officer Gorden Wagener’s one-off redesign of the four-wheel drive luxury SUV, which dates back to the 1970s, reinterprets the vehicle as a race car.

Abloh said the project forms part of his ambition to encourage and support younger creatives. It follows on from the launch of his ‘Post-Modern’ Scholarship Fund, which raised $1 million to support the black fashion industry. The designer also donates works to the Design Yard Sale fundraiser for organizations that fight for racial justice and equality. 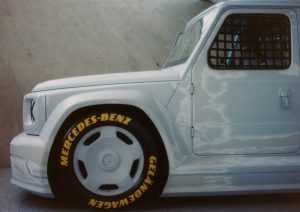 Project Geländewagen retains the Mercedes AMG G Wagon’s iconic boxy form but is lower and wider to give it a more sporty look. 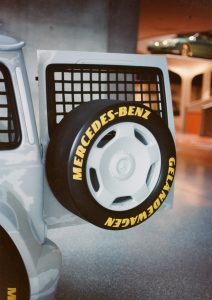 The windows are layered with a prison like fence. It looks cool, more like a vehicle to carry prisoners. 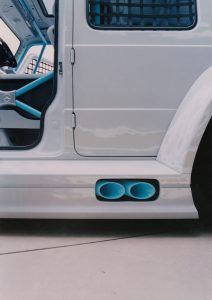 The exhausts are painted with sky blue colors. That goes well with the white theme of the car. 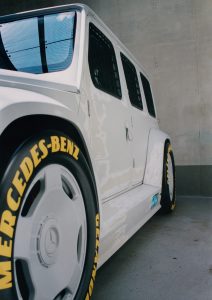 The wheels have bright yellow texts of the project name and “Mercedes-Benz” written on its long base rubber side.

“With Project Geländewagen we create a unique artwork that showcases future interpretations of luxury and the desire for beauty and the extraordinary,” said Wagener. “The result is something between reality and future.” 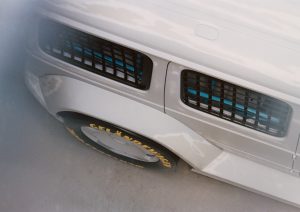 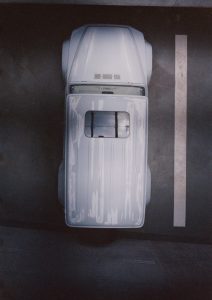 The exterior was painted white and sanded by hand to emphasis its monolithic shape. Other adaptations to the traditional design include the removal of indicators, outside mirrors and bumper bar. 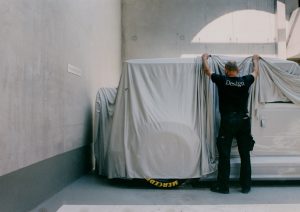 In the above picture, we can see the wagon getting wrapped before loaded into the truck for its reveal. 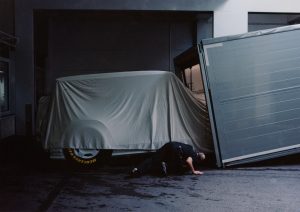 In the above picture, we can see the Mercedes AMG G track wagon getting loaded into the truck. 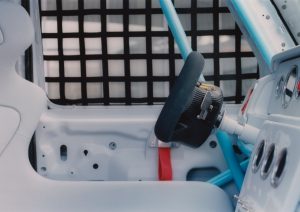 The interior carries over the pure white paint scheme like the exterior. The roll cage is exposed every where in the car. Obviously, this is a copy of normal track only race cars. 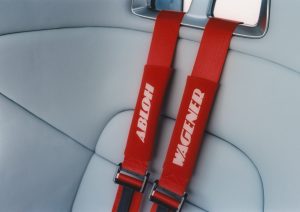 The seat belts are also racing seat belts. They are bright red in color with Wagener and Abloh written on each of the belt straps. 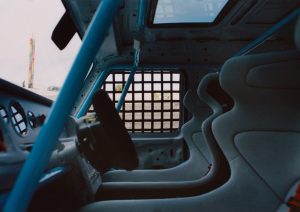 The seats are proper racing bucket seats. Unless you are fit for racing, you are not going to fit in these seats. They are definitely not worth sitting for more than 45 minutes on a city traffic. A safety frame, which was colored baby blue has been added, while bold red pops were used to give the design a racing aesthetic. The five-point seat belts are also bright red and emblazoned with the designers’ surnames – Abloh and Wagener. 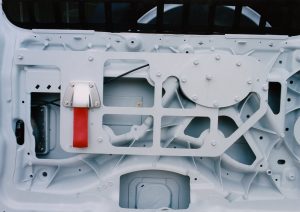 As you can see, the minimalistic interior design involves, removing all unnecessary fittings and accessories. The bare doors with no covers are clearly visible here. Also, the door handles are replaced with a strap. 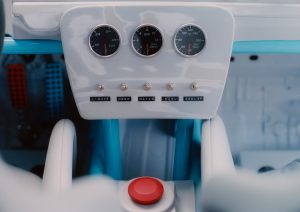 The dashboard is also minimalistic. You can see the center console in the above picture which pretty much imitates a racing car. The stripped-back aesthetic continues with the design of the interior where the dashboard is reduced and fitted with analogue speedometer and fuel gauges. 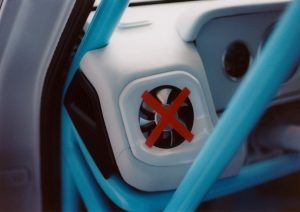 The climate vents are still there but the outlets are replaced with two straps crossed like a plus sign. This is one of the weirdest climate vents you can see in any car. 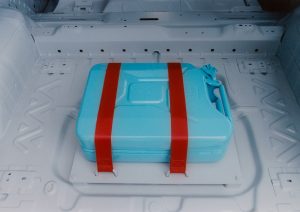 The car has place for only a blue fuel tank on the otherwise passenger space of the wagon. It is strapped with two red ribbons to match the car’s aesthetic. 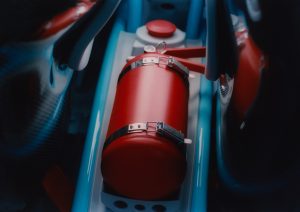 Needless to say, the car also has fire extinguisher strapped in the center console. No cup holders, but only fire extinguisher holder. Described as an art piece, Project Geländewagen is the first example of the vehicle as a race car. A replica of the project will be sold in Sotheby’s Contemporary Curated auction, with proceeds going towards a charity that supports international creative communities.

Mercedes‑Benz G‑Class, also known as G-Wagen, was first created to be a military vehicle in 1972 at the request of the Shah of Persia. It was turned into civilian version in 1979, and has been redesigned a number of times in the years since. 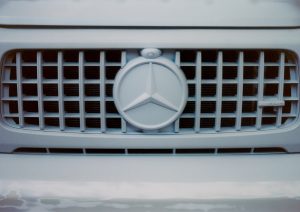 While the white design of the car looks good, not many will like the all white ghostly look. The grills are painted white. The Mercedes badge is also painted white. That looks like some kind of frozen in a snowy mountain feel.

“The collaboration with Virgil has seen two distinct design philosophies unite, for a one-of-a-kind re-imagination of the G that continues to celebrate the extraordinary at its core,” Wagener stated.

What do you think about this car? Do you like the design of this car? Would you buy this car?