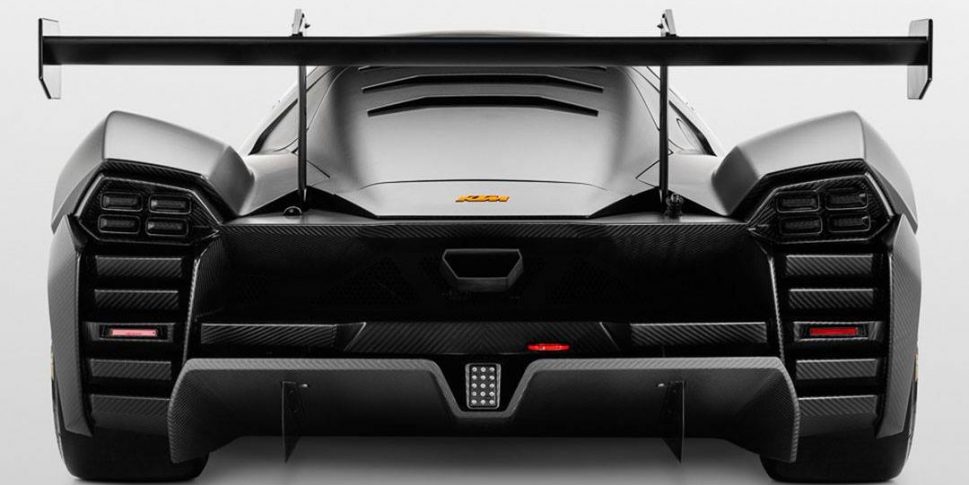 KTM X-Bow GTX Track car is absolutely insane. KTM is best known for its motorcycles, but the company does make the X-Bow, and the new X-Bow GTX is the track tool you’ve always wanted to own.

The car has fully-enclosed carbon fiber bodywork. It also has a combination of carbon fiber monocoque with a roll cage that’s GT homologated according to FIA Appendix J. The car also has carbon fiber Recaro racing seats and a homologated six-point racing harness from Schroth is also standard equipment.

The X-Bow GTX features electric power steering, which is lighter weight than the hydraulic rack on the older model. The entire car weighs 1,048 kilograms (2,310 lbs).

Powering the car is an Audi-sourced 2.5-liter five-cylinder engine that makes 523 hp and 479 lb-ft of torque. Although KTM hasn’t released speed-related specs. With that said, the car features 1.98 kg per metric horsepower.

The transmission is a Holinger MF sequential six-speed gearbox with a sintered metal racing clutch. There’s also a limited-slip differential.

The car also gets Sachs dampers that are adjustable and six-piston endurance brake calipers on 14.9-inch front rotors and four-piston calipers on 14-inch rear rotors.

When it comes to looks, the X-Bow GTX is just as wild as previous X-Bows if not more. This combined with the starting price of €230,000 (about $271,250) in Europe before taxes, makes this a seriously wild machine.

This article appeared first on Supercars.net.