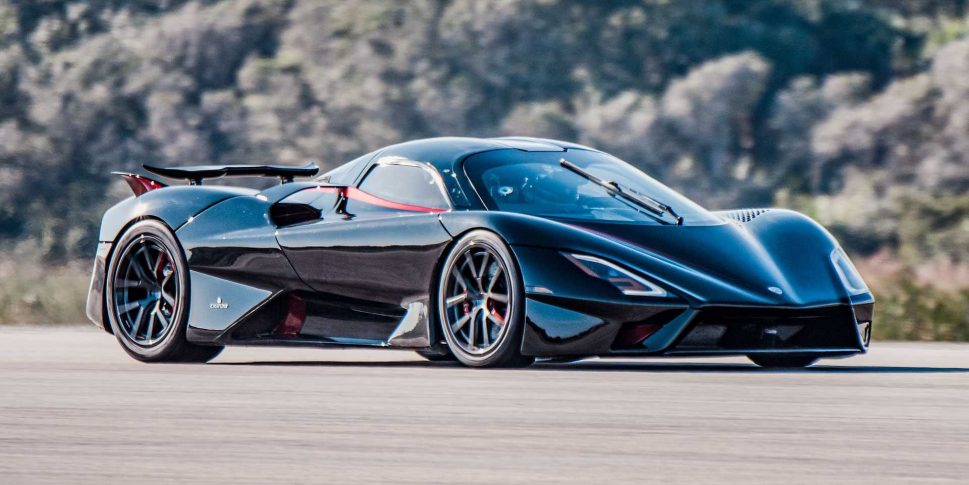 It hasn’t been an easy time for SSC lately, first, they declare to have set a world speed record with their Tuatara hypercar in October 2020 when they published a top speed of 316 mph (508.73 km/h) over two runs in opposite directions, on a stretch of the State Route 160 outside of Las Vegas near Pahrump, where the Agera RS made history in November 2017, race driver Oliver Webb took the wheel of the SSC Tuatara to pulverize the world record for the fastest street-legal production car.

But that record quickly got questioned by just about everybody, especially on YouTube, and it forced SSC to do a second attempt to put all the rumors to rest, but they weren’t going back to Texas again, for this second run the Tuatara was taken to the Johnny Bohmer Proving Grounds at Space Florida’s Shuttle Landing Facility, and they would make sure to have every kind of measurement system and witnesses to make their point, the SSC Tuatara will be the fastest car in the world.

The second go at the record was performed on January 17, 2021, but this time by the owner of the car. Dr. Larry Caplin, as required by regulations, to qualify for an official world record the car has to travel the same track twice, once in one direction, and once in the opposite direction … this time the SSC Tuatara managed to get to 279.7 mph (450.1 km/h) in the northbound direction and subsequently reached 286.1 mph (460.4 km/h) on the southbound way, for the record this came down to an average speed of 282.9 mph (455.2 km/h) … the current world record for production cars. 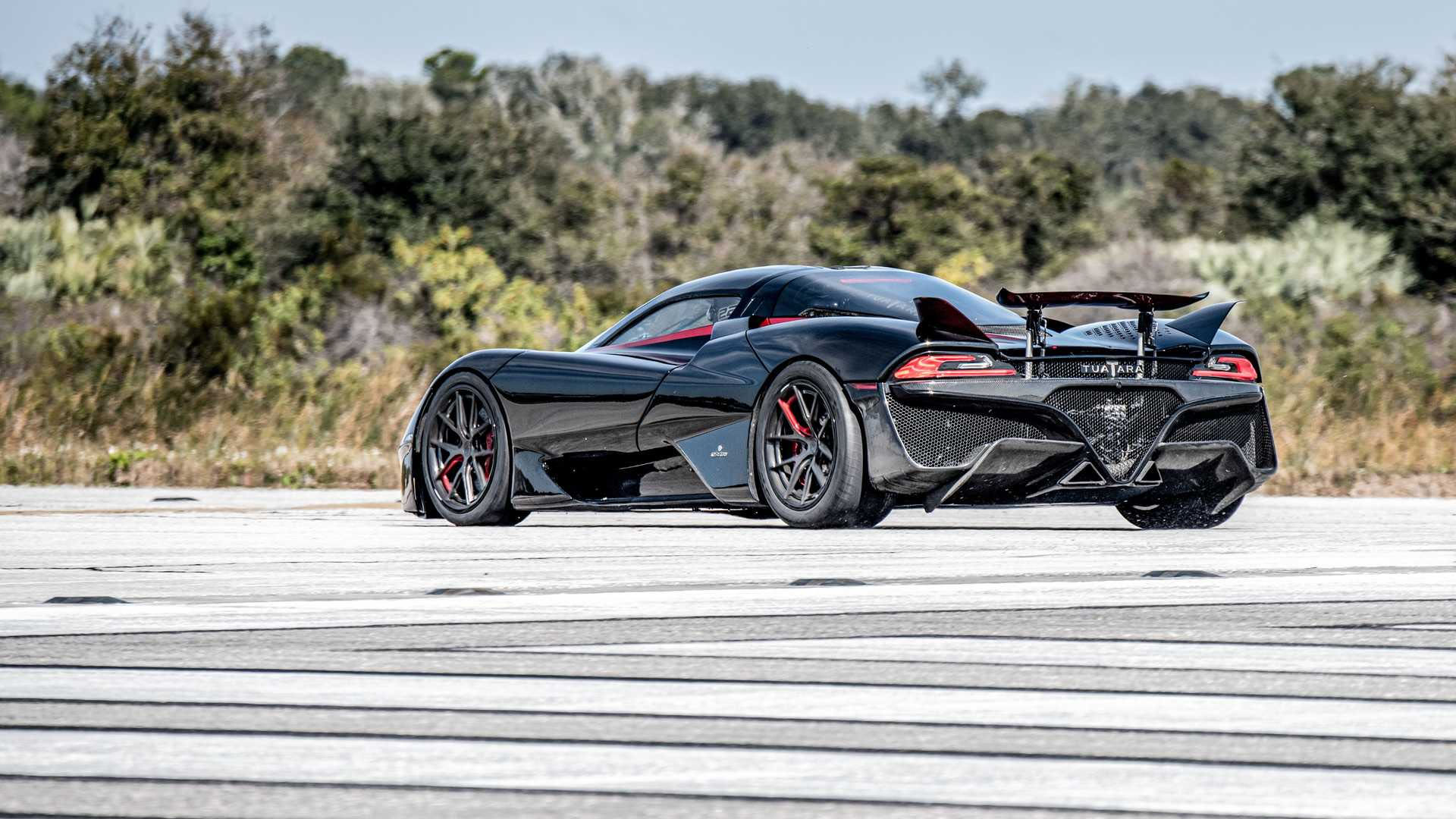 But things turned for the worse when the transporter that was carrying the rare #001 record-setting car was involved in an accident, it appears a strong gust of wind flipped the trailer with the car inside on the I-15 while the car was heading to Florida for a second record-setting run mid-April because at the second attempt described above they didn’t reach the magical 300 mph barrier, so they wanted to try again … sadly the car never made it to Florida in one piece. SSC did release a statement after the incident they will still do a second attempt, and possibly even with this very car, as the damage is purely cosmetic according to Shelby, the chassis, drivetrain, and suspension are perfectly fine. 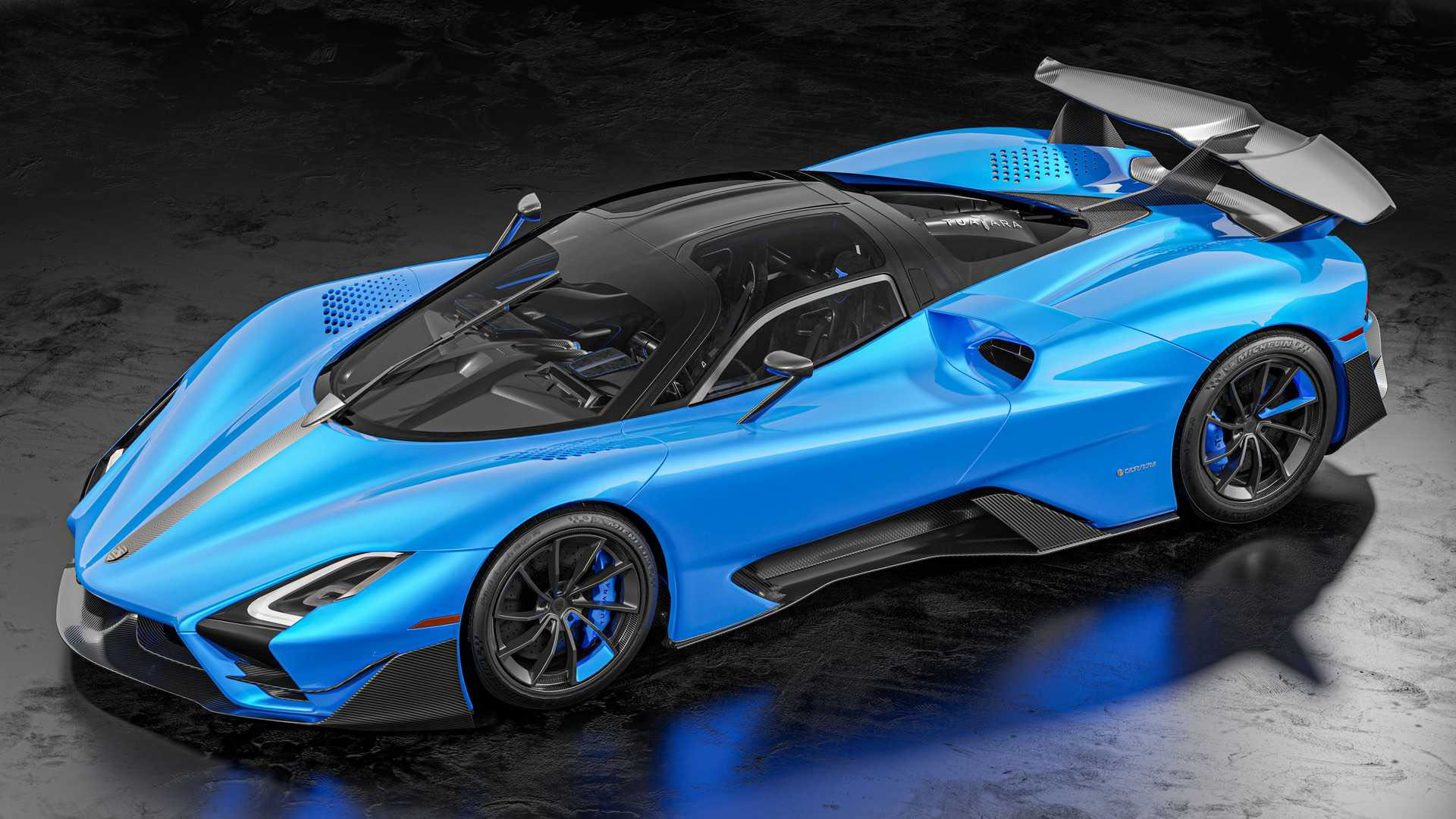 The SSC Tuatara is powered by a Nelson Racing Engines, twin-turbo 5.9-Liter flat-plane-crank V8 engine that develops 1,750 horsepower on E85 and 1,350 hp on 91 octane, but if you would expect SSC to simply repair their crashed Tuatara, or perhaps build another one, you are sadly mistaking … they just released information on ‘the next step’, it seems they deem 1,750hp isn’t enough, and now intend to release two new Tuatara variants. 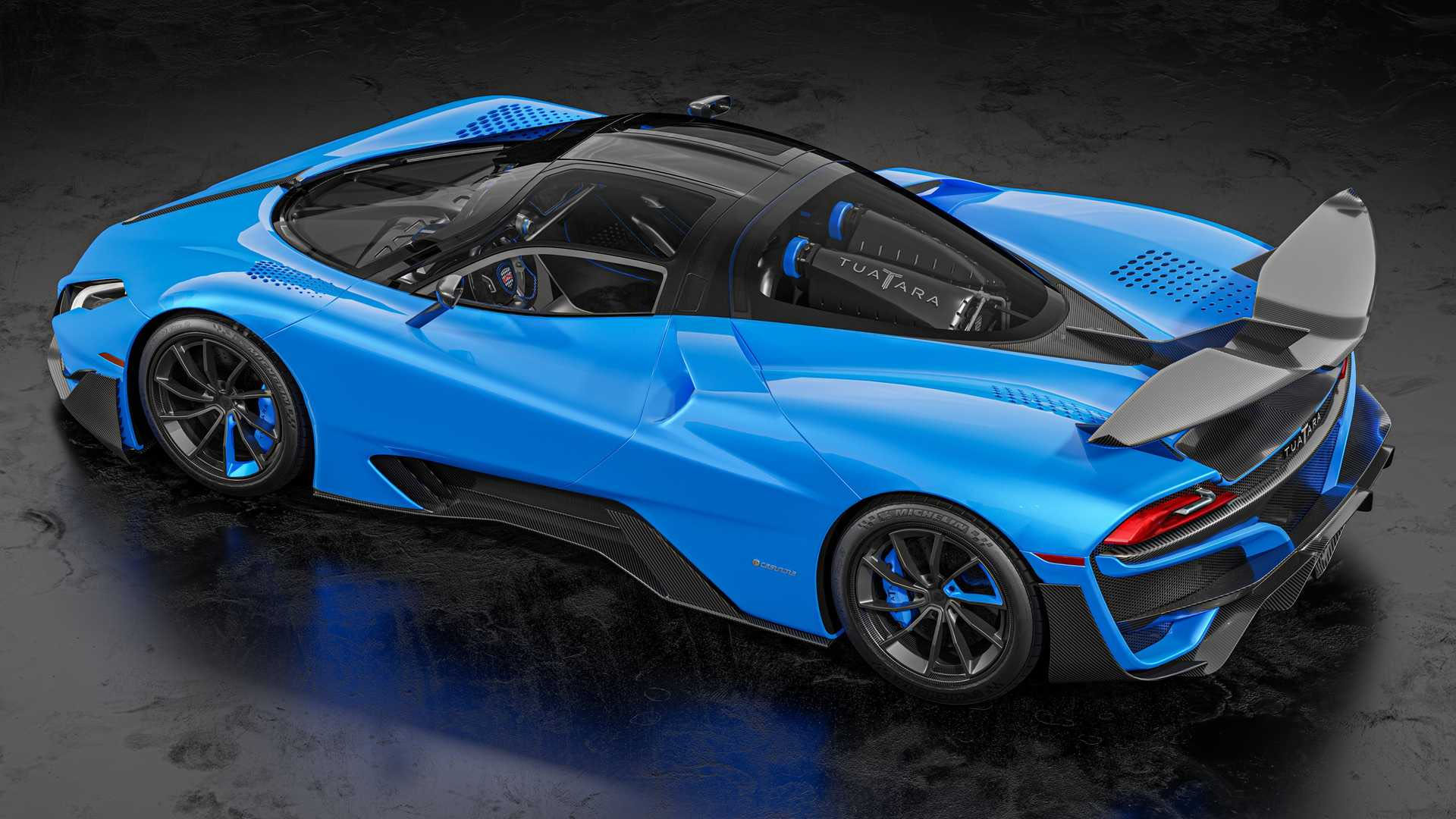 The SSC Tuatara Striker will come with improved aerodynamics, their release states an increase of 300% compared to the original car at 160 mph, thanks to a massive rear wing together with a vertical stabilizer and a new diffuser, at the front the splitter and dive plate further push down the car, the split is to be 45.4% to the front and 54.6% for the rear, adding even more carbon fiber and Alcantara on the interior will reduce weight … even with the current 1,750 hp (1,305 kW) this should mean the Tuatara Striker is even faster. 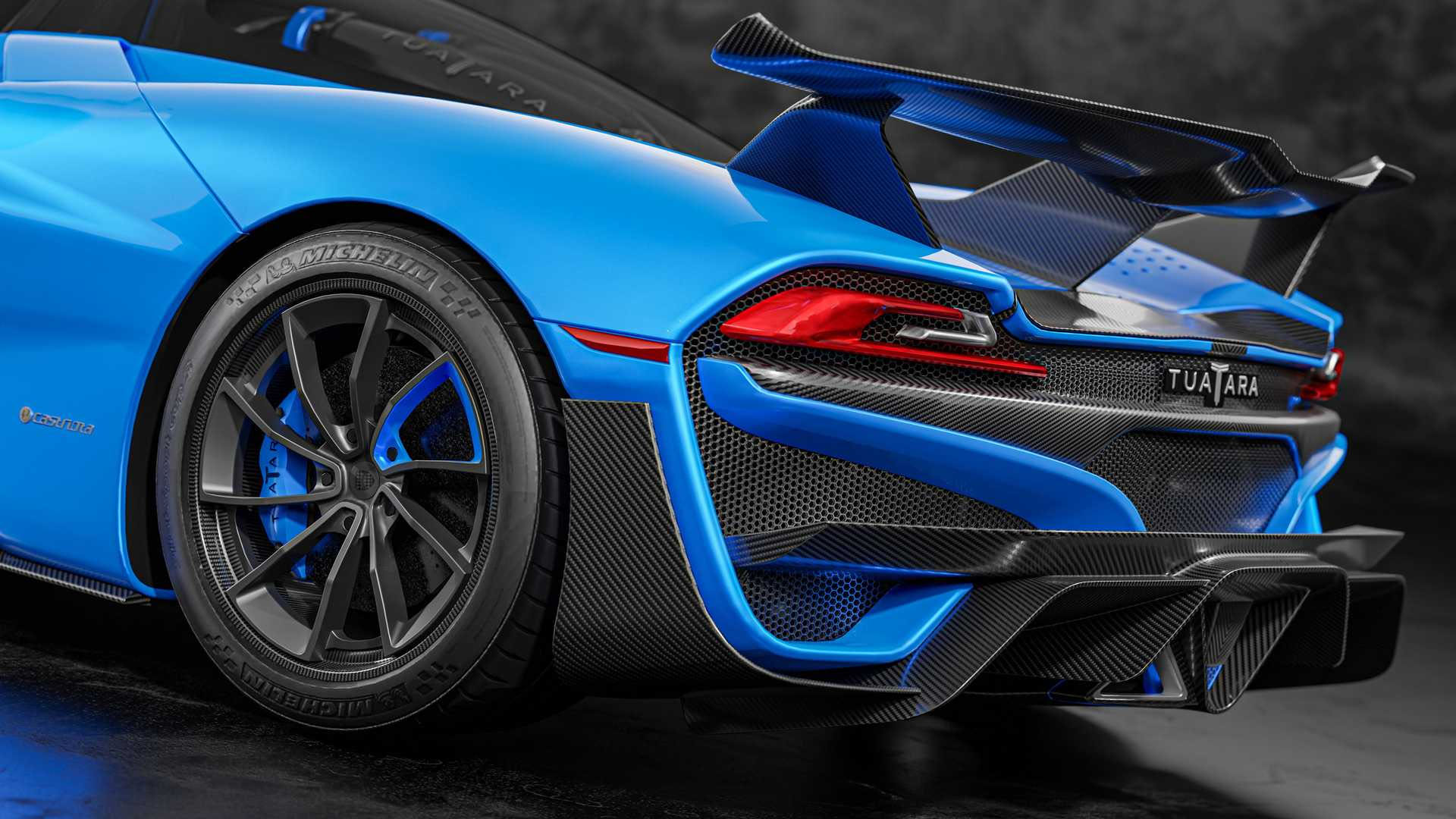 But that’s not all SSC has in the pipeline … how about 2,200 hp (1,641 kW)? That’s right, the SSC Tuatara Aggressor will come with the same modified aero and weight savings as the Striker, but with a massive power increase, the latter one will not be street legal it seems. The Tuatara Aggressor can also be customized with special exhaust tuning, performance options, and bespoke aesthetics … but there is a catch, SSC only builds a very limited number of these cars. 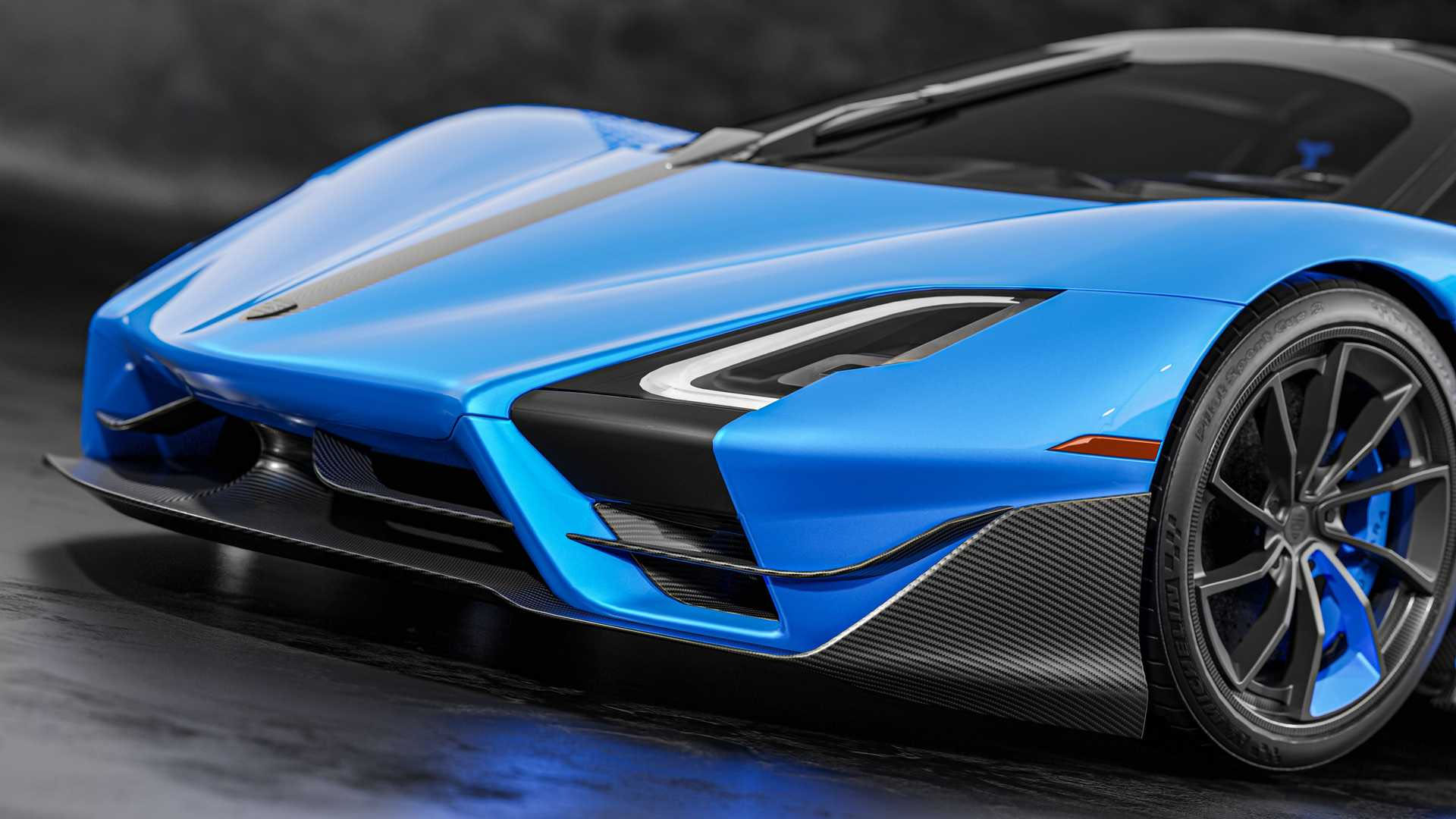 The intention is to build 100 units of the SSC Tuatara, now they will add 100 units of the new SSC Tuatara Striker … but only 10 of the SSC Tuatara Aggressor will be available, no official pricing has been published by SSC for either of these new evolutions, but I guess the clientele for these hypercars doesn’t care for a million more or less, it’s all about having the fastest, most exclusive hypercar for these customers. 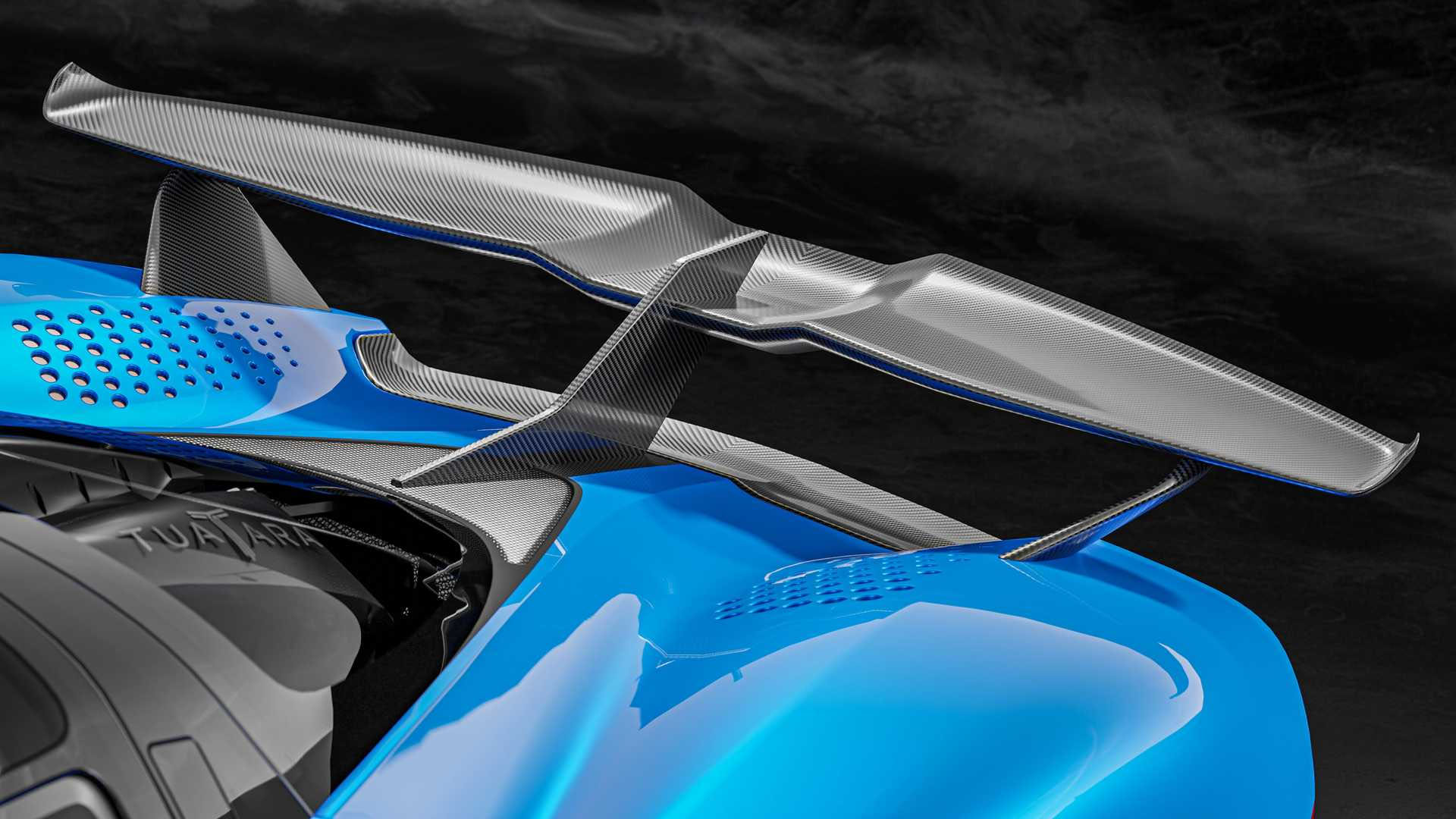 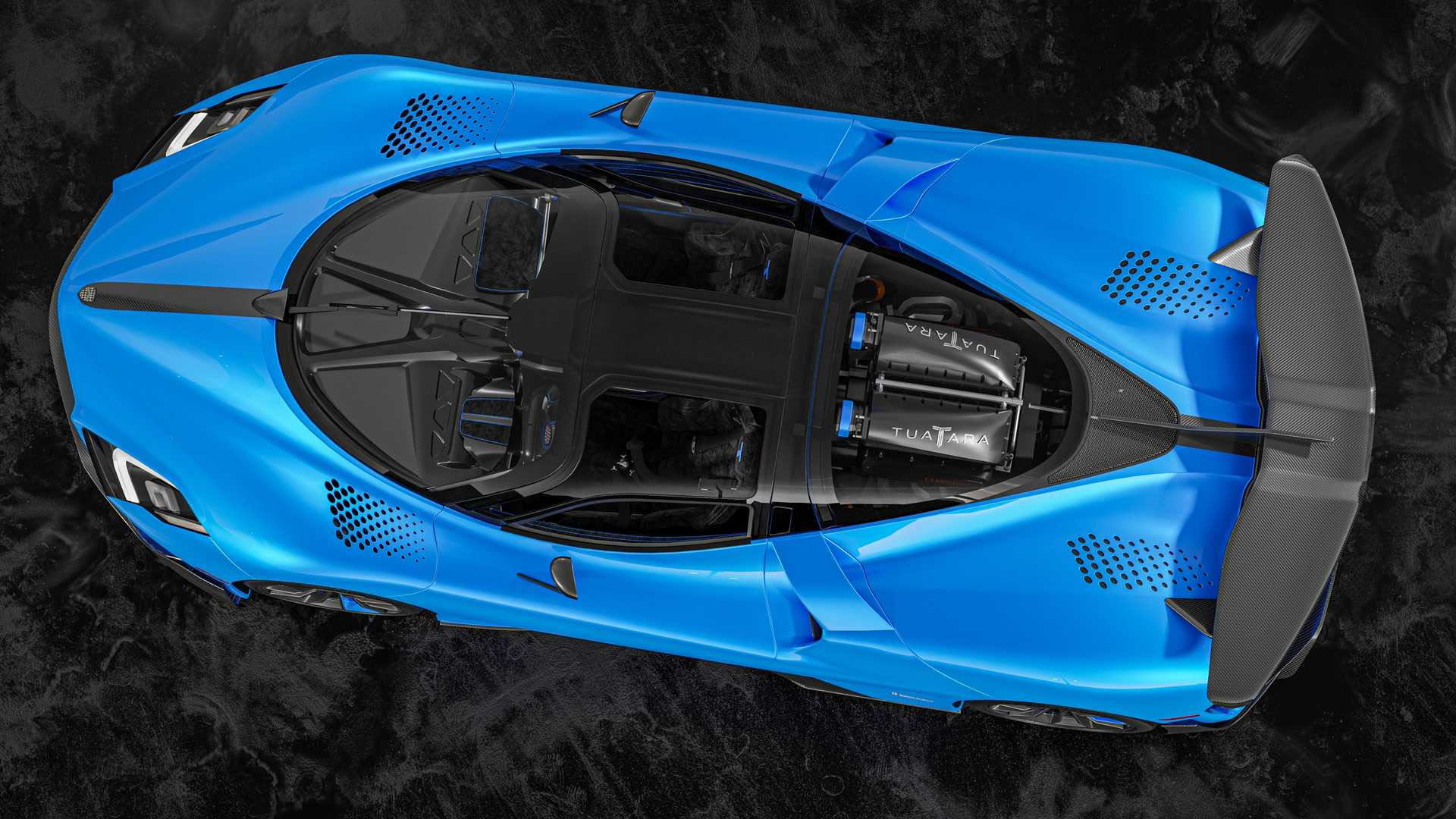 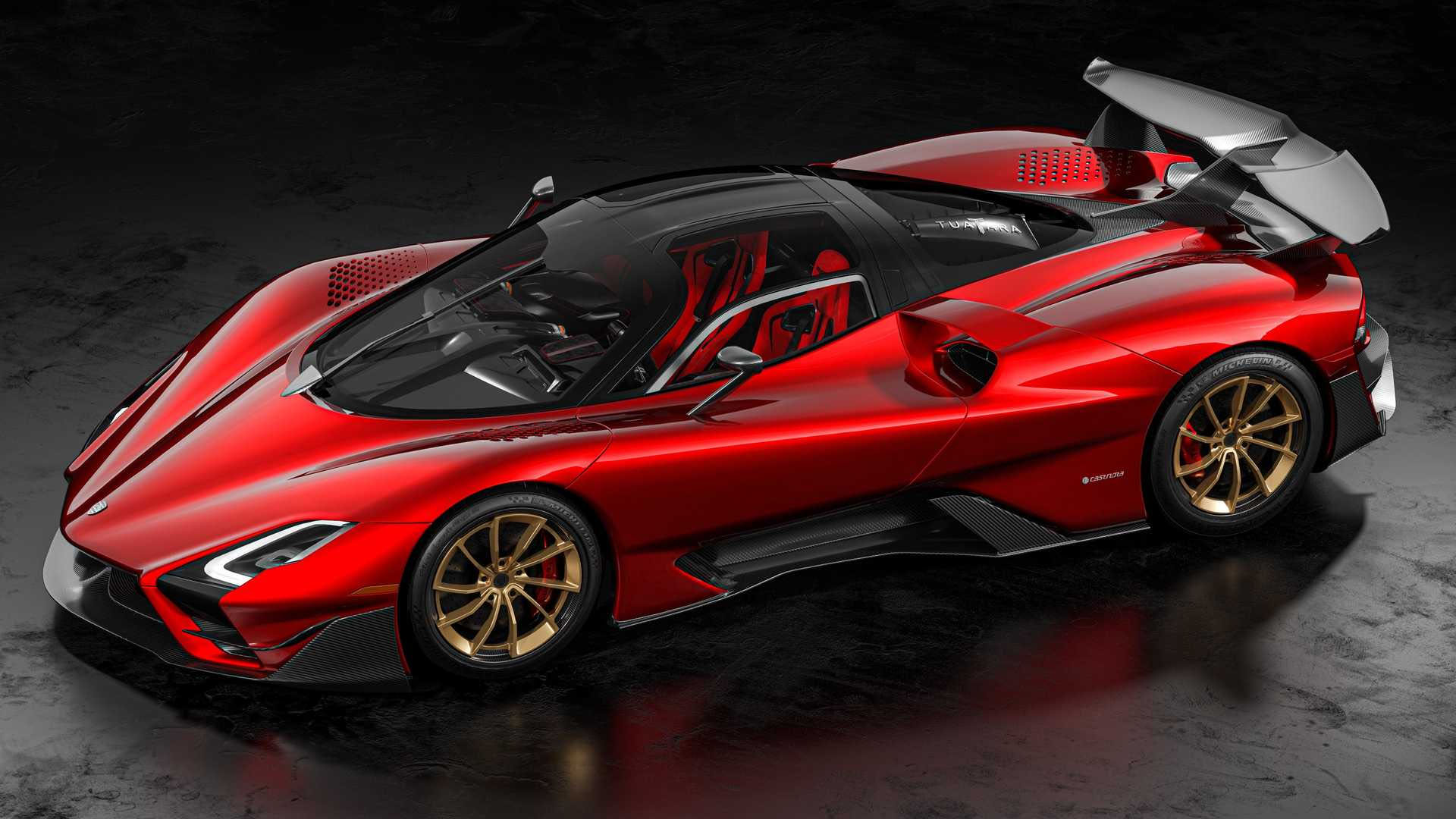