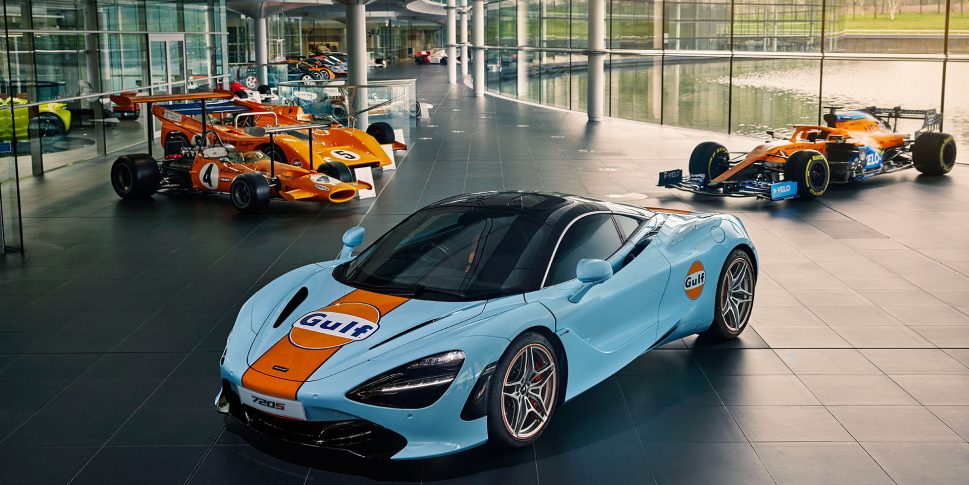 McLaren 720S Gulf Oil livery by MSO. We’ve already published an article on McLaren Automotive’s MSO department, the McLaren Special Operations that offers bespoke builds to fortunate customers, but now we can admire something truly special from the artisans at MSO, a hand-painted livery on a McLaren 720S that took 20 days from start to finish … the result is a celebration between two iconic brands and the personalization possibilities from MSO: a bespoke 720S in the iconic Gulf Oil International racing colors.

McLaren and Gulf Oil go back a long time, their first partnership dates between 1968 and 1973 when we saw the Gulf livery on McLaren cars in both the F1 and the Can-Am races, a return of the two icons came in the Nineties when we saw the legendary McLaren F1 GTR race cars in the traditional light blue and orange color combination on the track, driving to victory at the 1996 BPR Global Endurance Series and in the GT1 Class at the 24 Hours of Le Mans in 1997. 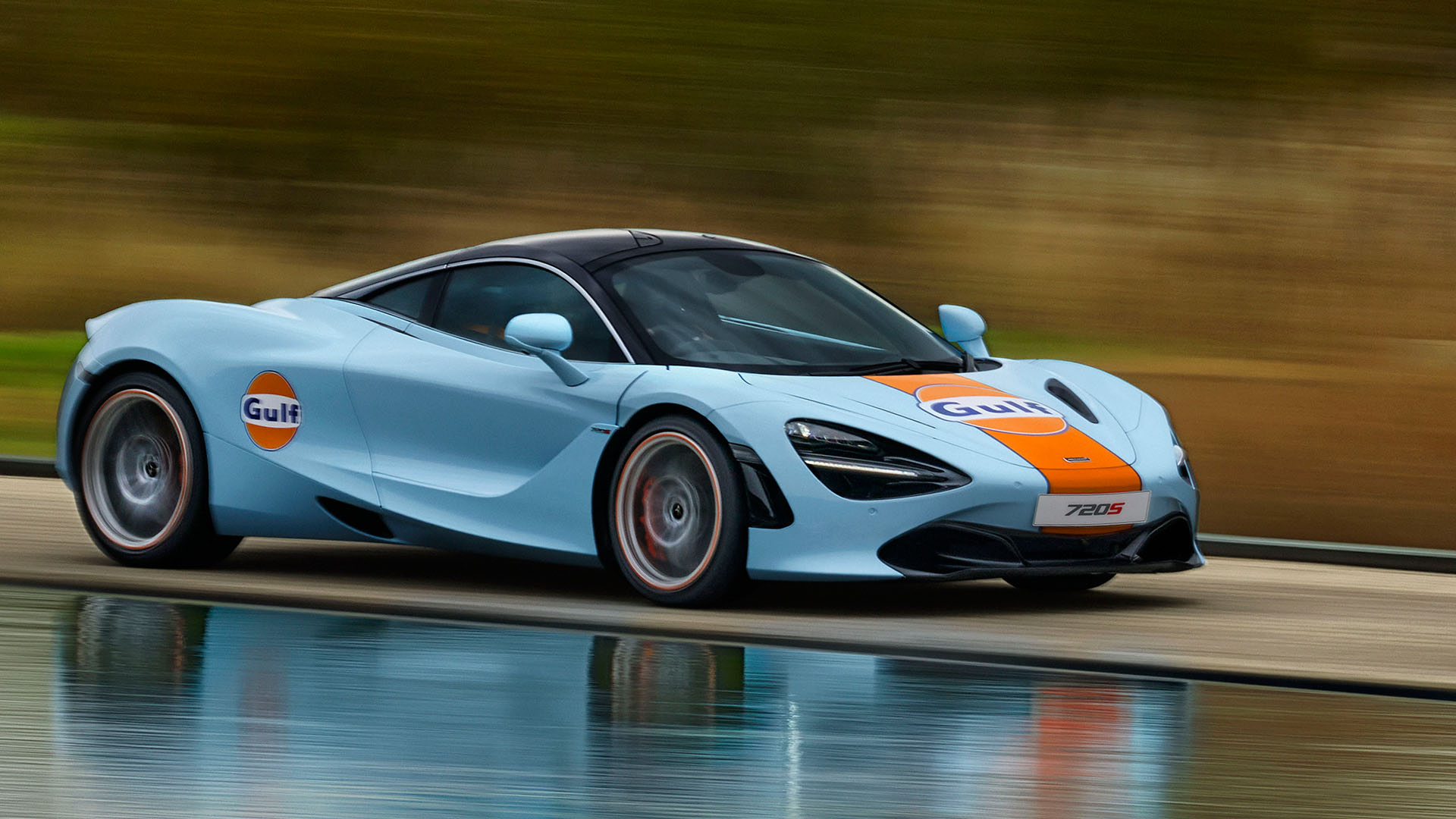 In 2020 a new partnership was reached when McLaren went on to using Gulf oils exclusively for their new cars as their lubricant supplier, to celebrate this, McLaren MSO offers the opportunity to a very limited number of customers to have their supercar hand-painted in the famous Gulf Oil livery, the car presented here, a 720S model is a showcase of a close collaboration between McLaren and Gulf Oil to make sure the paint (both metallic and solid) is a perfect match to the trademark Gulf shades of light blue and bright orange. 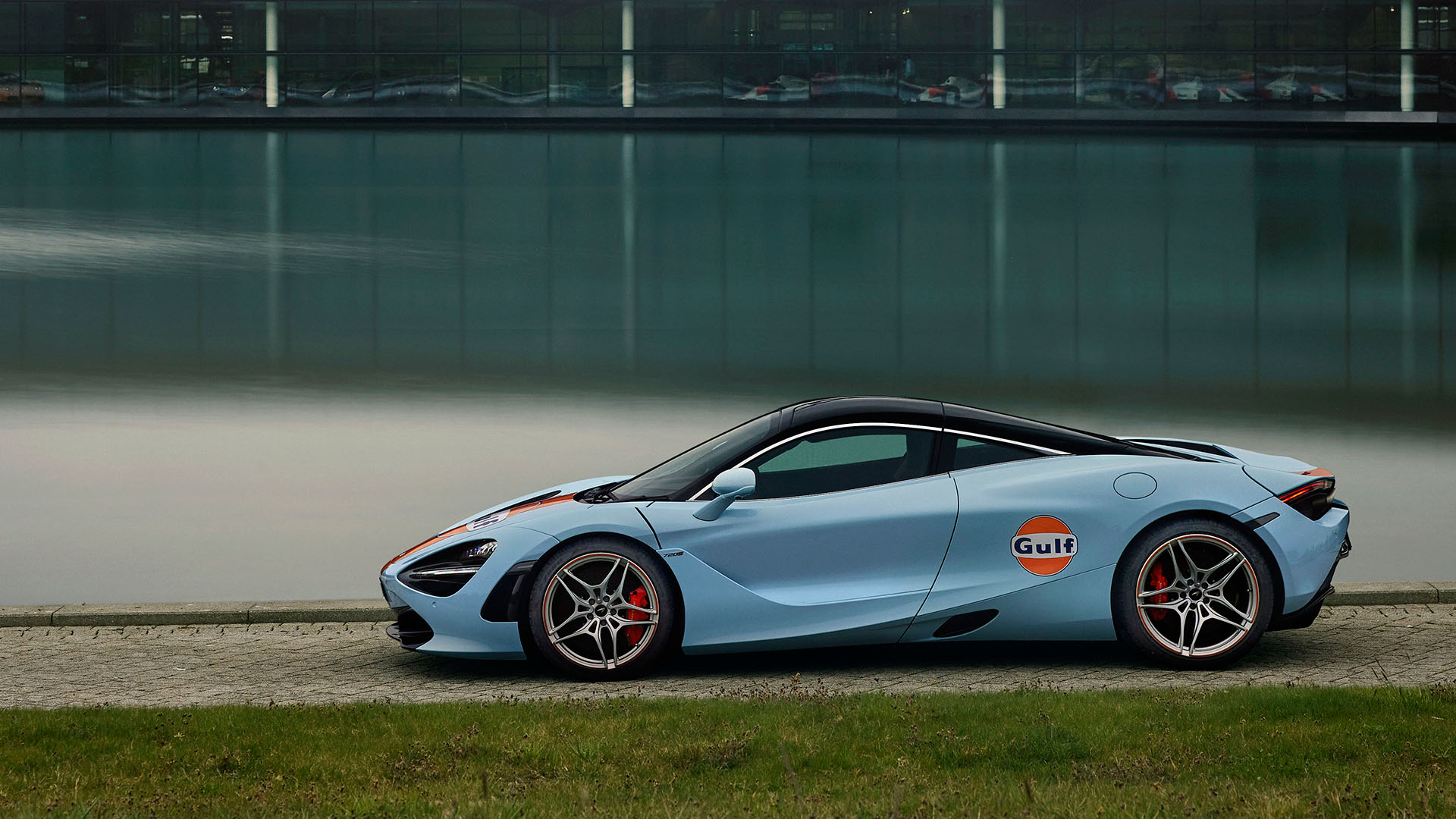 After many tests in the spray booth, AkzoNobel, a highly regarded name when it comes to top-of-the-line automotive paints, was able to put together the perfect mixture to mimic the shades required … it still takes a highly skilled painter a total of 20 days to complete this elaborate livery on a McLaren 720S. 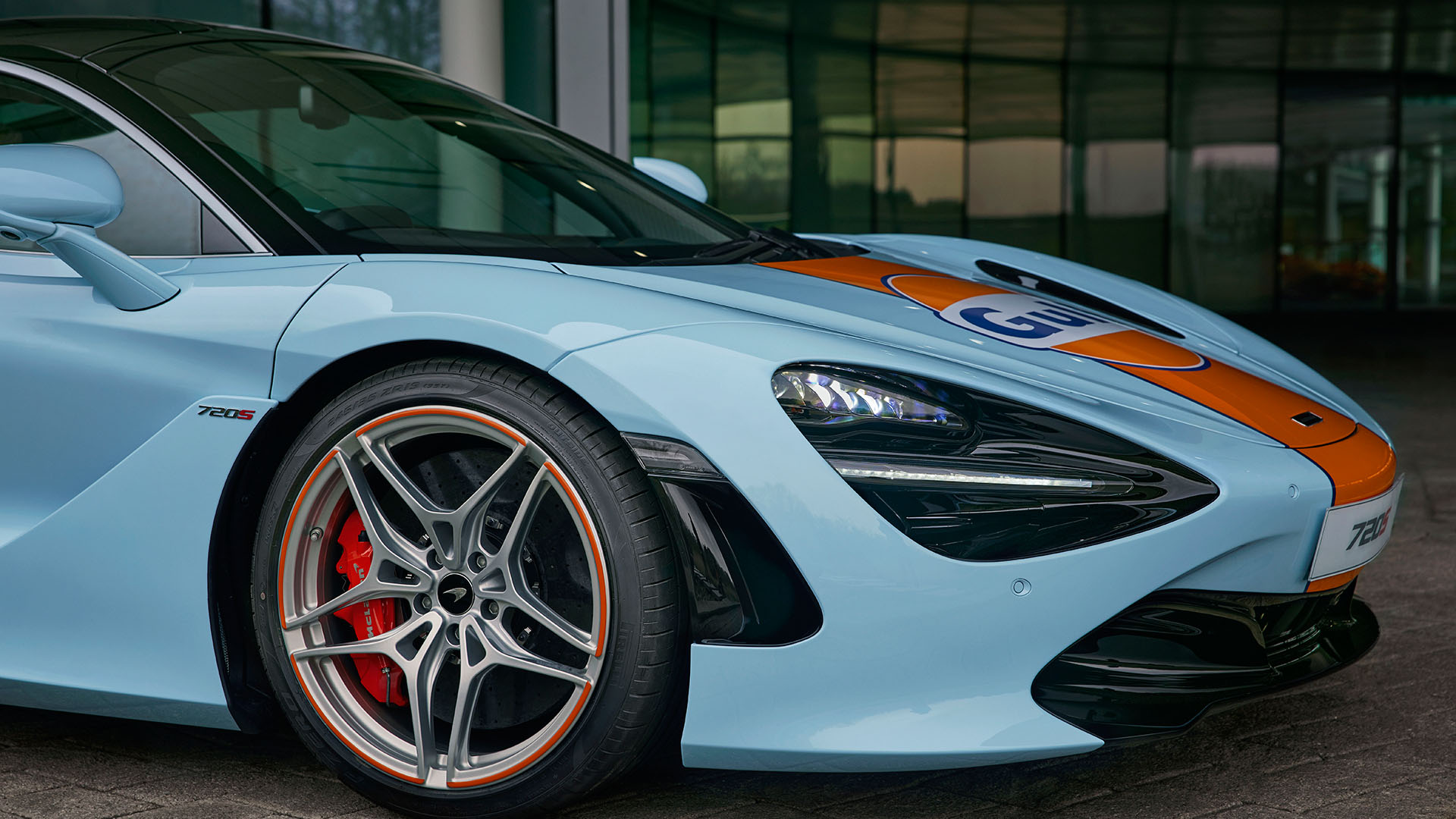 The Gulf Oil blue and orange not only adorn the body of the McLaren 720S, but the orange is also used on the brake calipers, that same shade is taken into the interior where we find matching orange seat belts while the rest of the interior gets both light blue and orange stitching, a stunning looking Gulf logo is embroidered on both headrests, while another Gulf logo gets painted on the side sills, so it’s clearly visible when you open the doors on this bespoke MSO build. 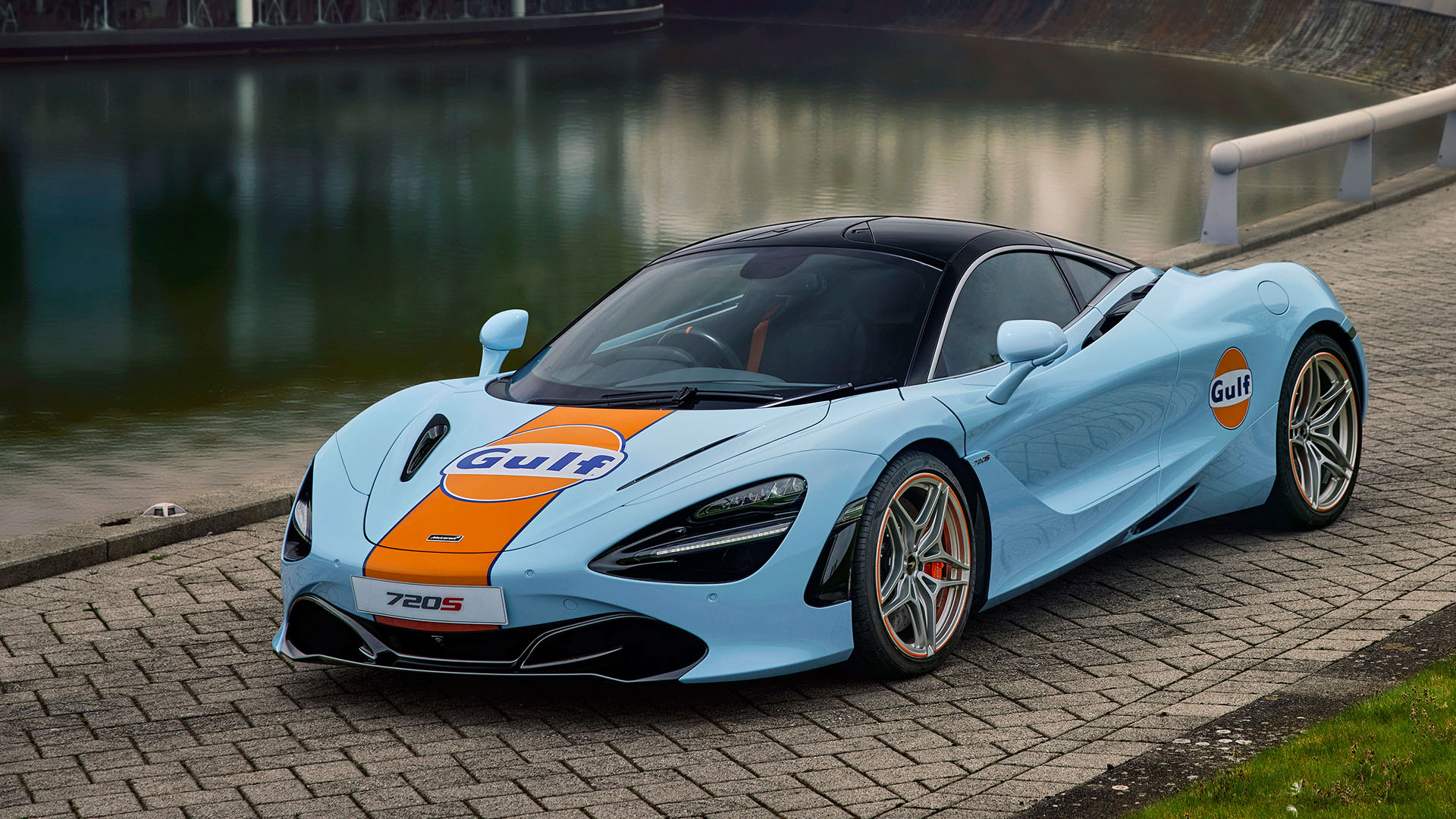 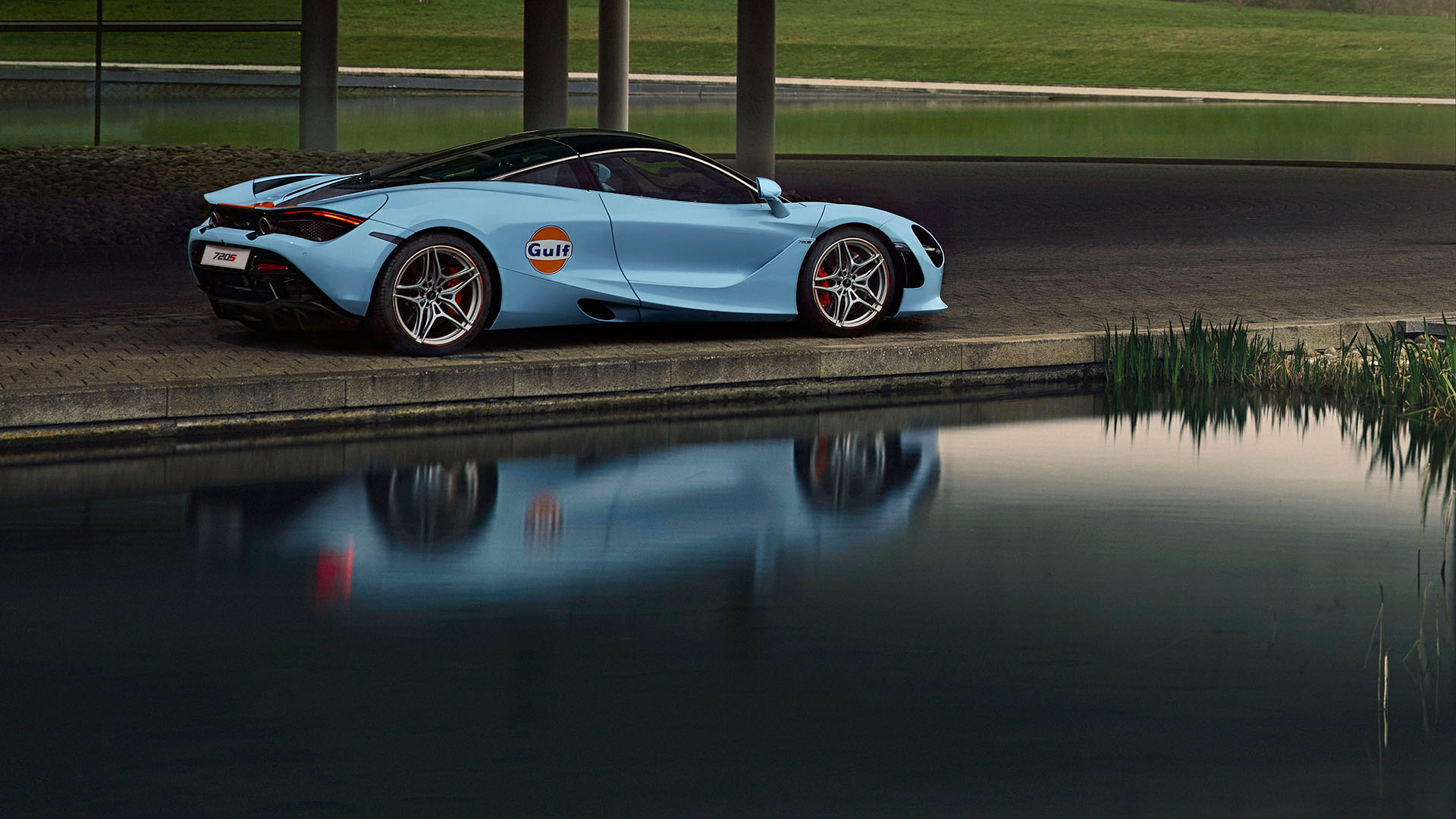