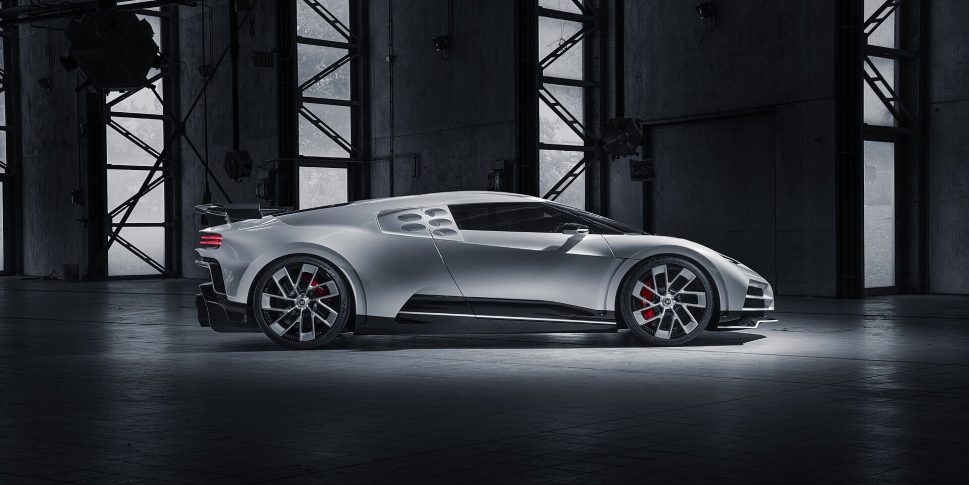 First production Bugatti Centodieci assembly just started. At “The Quail – A Motorsports Gathering” in California back in 2019, Bugatti unveiled an extremely special project. The Centodieci as an homage to the legendary Bugatti EB110 from the Nineties, created by Romano Artioli and Giampaolo Benedini. The EB110 was responsible for the revival of Bugatti as a hypercar manufacturer.

30 years later the Centodieci wants to evoke that same sentiment again, but in a brand-new, contemporary design. The angular styling of the EB110 just wouldn’t work today. But Bugatti only wants to build 10 units of the Centodieci and with a price tag of €8,000,000 (which is $9,700,00 at today’s exchange rate). This very exclusive car is destined for a select few customers, still, they sold all ten units in a matter of hours.

The Bugatti Centodieci is being created by the one-off and few-off projects department at Molsheim. But it has to meet very stringent requirements just like the normal (of you can call any Bugatti ‘normal’) production cars. Probably the Centodieci customers even expect their car to exceed every single Bugatti known today, so the pressure is on at Bugatti to build the best EB110 tribute possible. 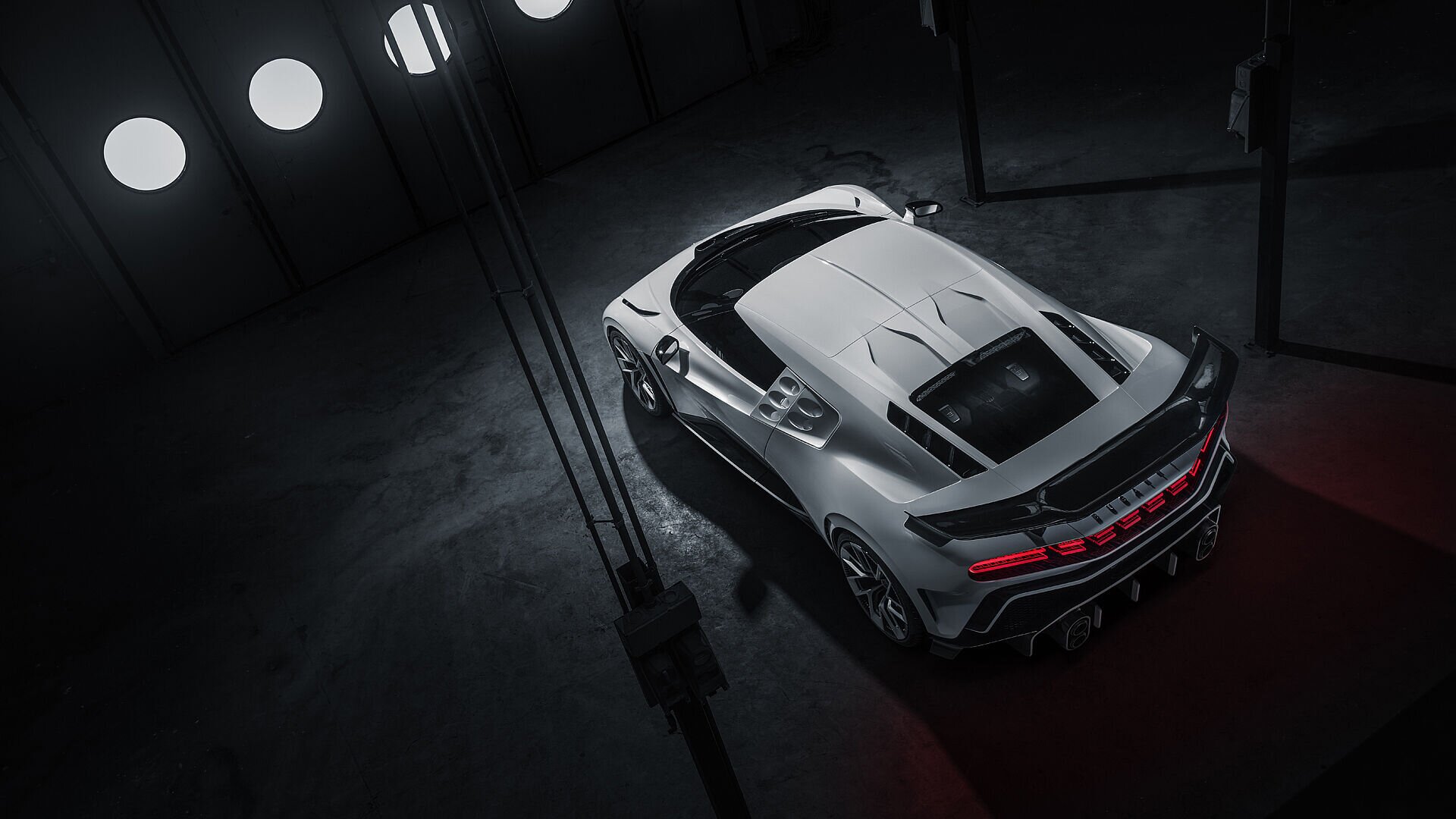 The time has come at Molsheim to build the first production prototype for the new Bugatti Centodiece. Andre Kullig, who was involved in cars like the Divo and La Voiture Noire, was looking forward to finally build the first Centodieci. After more than a year of calculations, simulating, designing, and testing the new design. 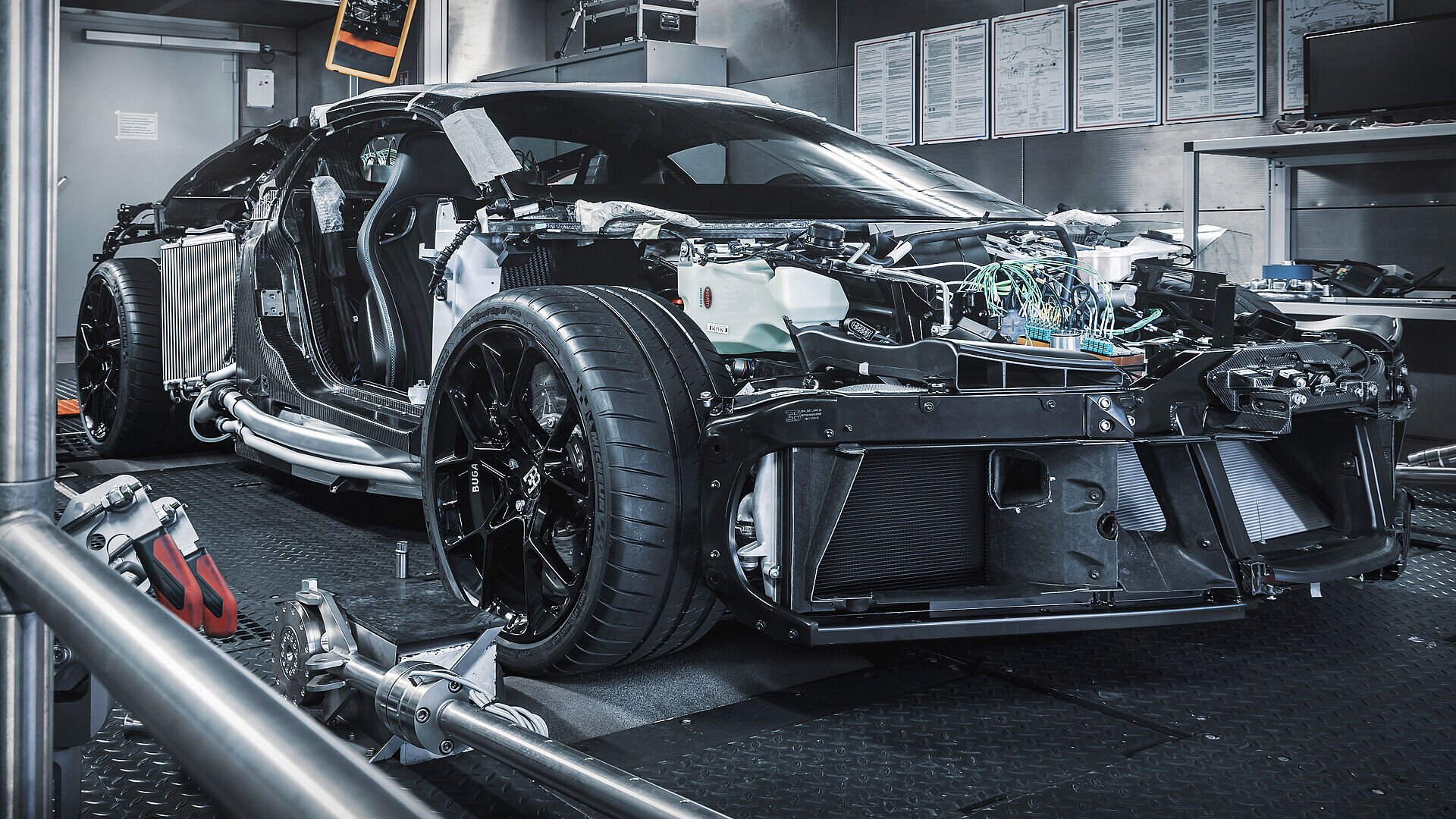 Recently the development team at Bugatti was able to put the first rolling chassis to work in their in-house dynamometer to make sure the drivetrain is up to specs, after all, we are talking about a W16 engine that will deliver 1,600 hp in the end … the next step is to build the actual bodywork now …

CLICK HERE TO CHECK OUR PORSCHE RUG MERCH IN OUR STORE.

The challenges are enormous: taking an 8-liter engine capable of 1,600 hp gets extremely hot. And as an homage to the EB110, the engine cover is made of glass so you can admire this powerplant. So they need a large air vent and optimized airflow to make sure the engine gets enough cooling. Inspiration from the EB110 Super Sport was taken for the five oval air intake behind the side window. But also for the fixed rear wing. 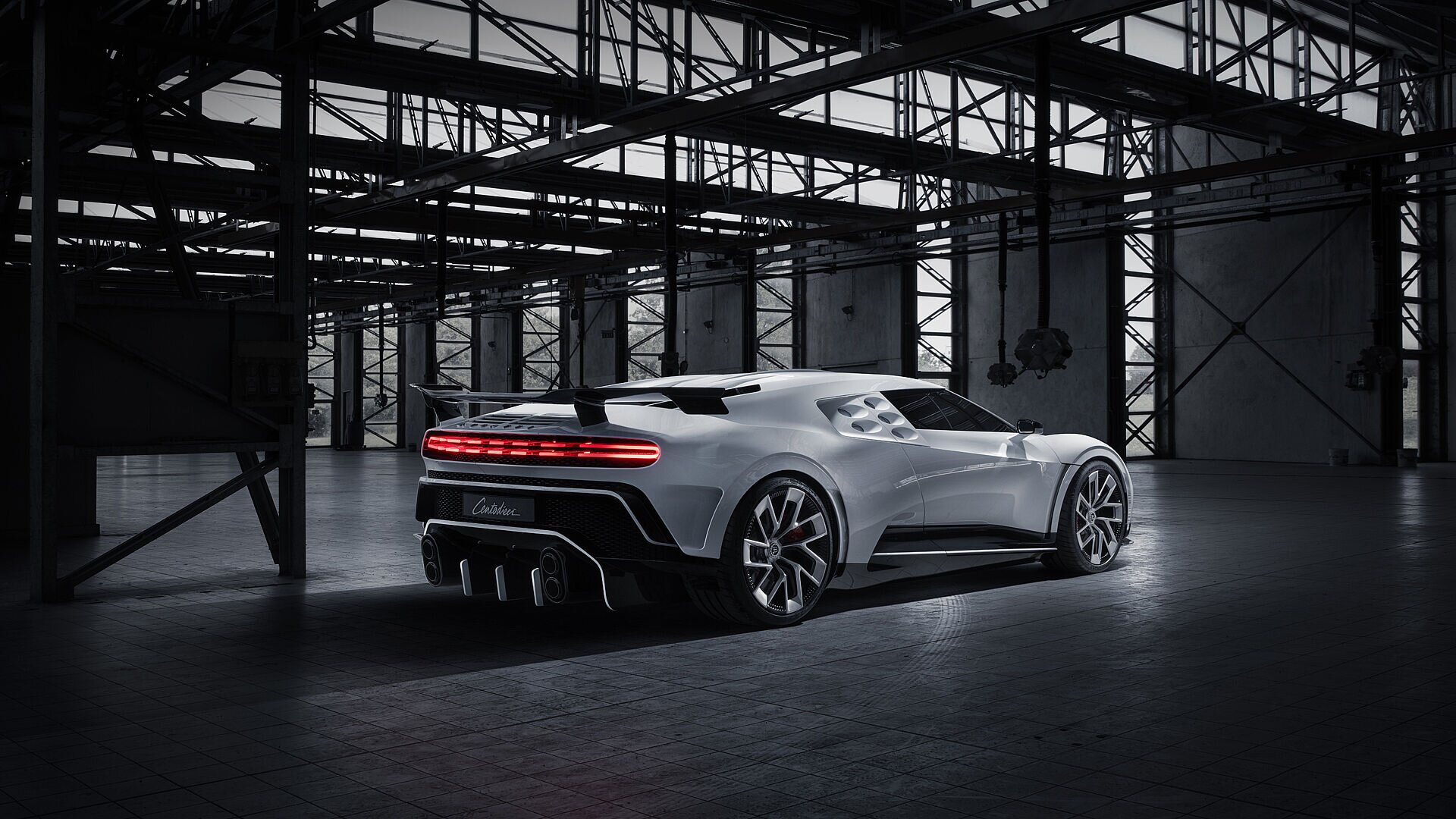 The first customer deliveries for the Bugatti Centodieci will only happen by 2022. First, they have to complete this production prototype. And then take it to the track for many miles to perfectly finetune the engine, suspension, cooling, and chassis setup. Only after every single parameter is perfected will the first owner be able to take delivery of his ‘one of ten’ Bugatti Centodieci.

The post The first production prototype of the Bugatti Centodieci is currently being assembled appeared first on Supercars.net.