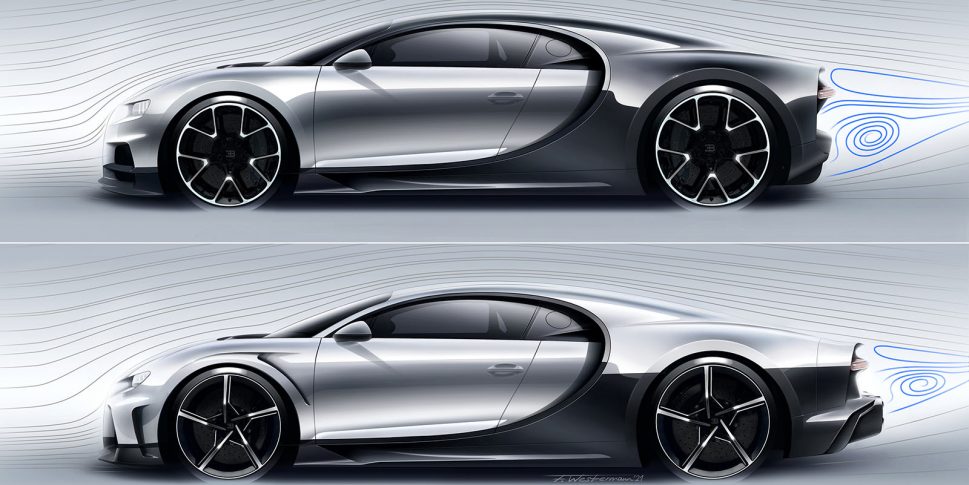 We already covered the Bugatti Chiron Super Sport 300+, the limited edition $3.9 million hypercar of which only 30 units were built, but now Stephan Winkelmann unveiled the latest Chiron evolution, the fourth iteration of the famous Super Sport moniker, the Chiron Super Sport has been created for top speed while still being luxurious and comfortable, while the Pur Sport counterpart was created for cornering and lateral agility.

It seems the term ‘longtail’ is no longer just for those special McLaren models, the Bugatti Chiron Super Sport also comes with an extended rear section to optimize aerodynamics at speeds of 440 Km/h, when compared to a regular Bugatti Chiron, this Super Sport evolution is about 25cm longer, and this includes a different rear diffuser to reduce drag because the rear diffuser sits higher compared to the regular version, the Super Sport looks even wider and lower than ever. 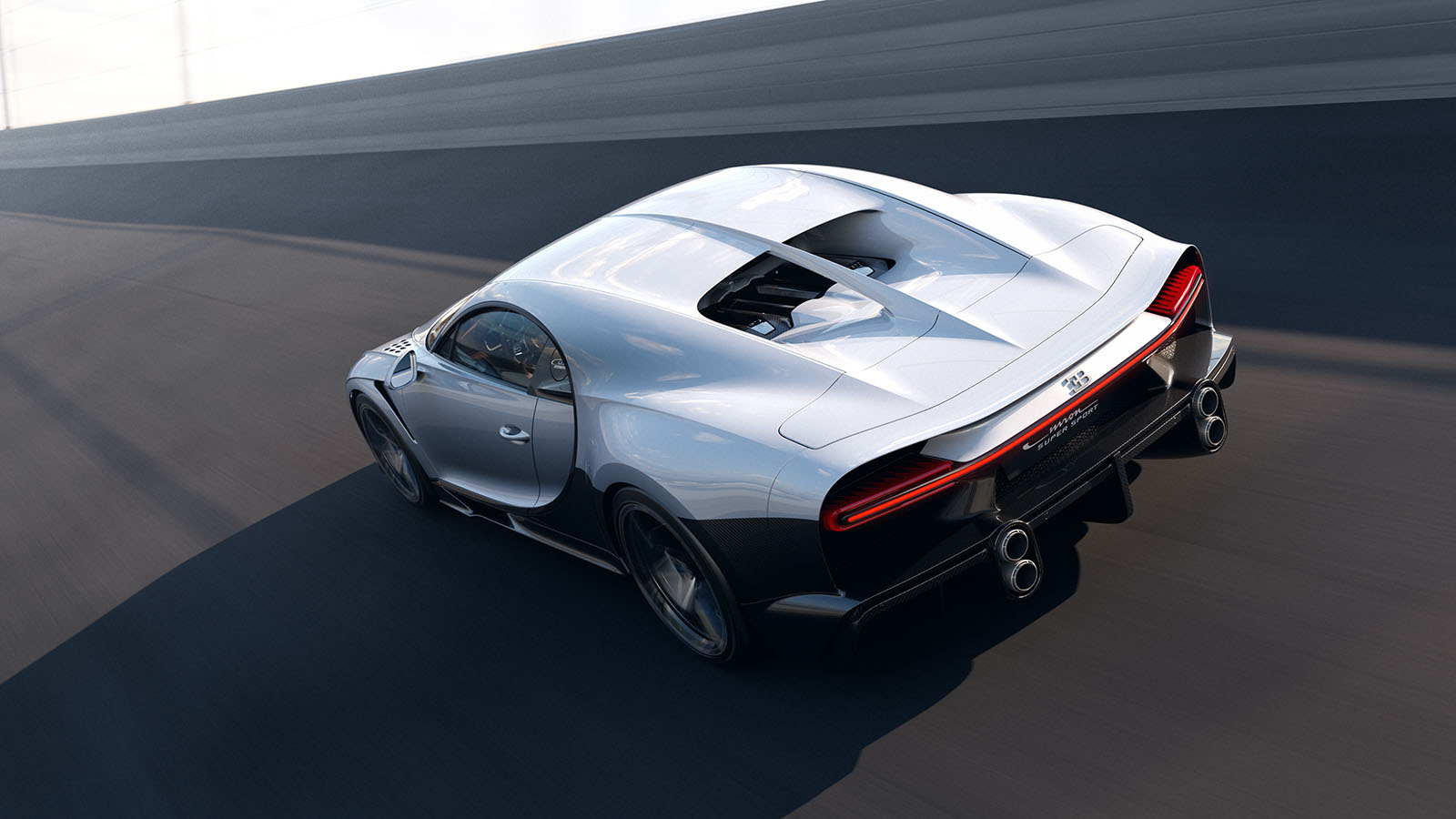 At the rear we can admire a completely new exhaust system, the massive pipes are no longer located in the center, but come vertically stacked on either side of the diffuser, there is a rear wing on the Chiron Super Sport, but for a top speed run it will be completely lowered into the tail section to have the least amount of drag possible. 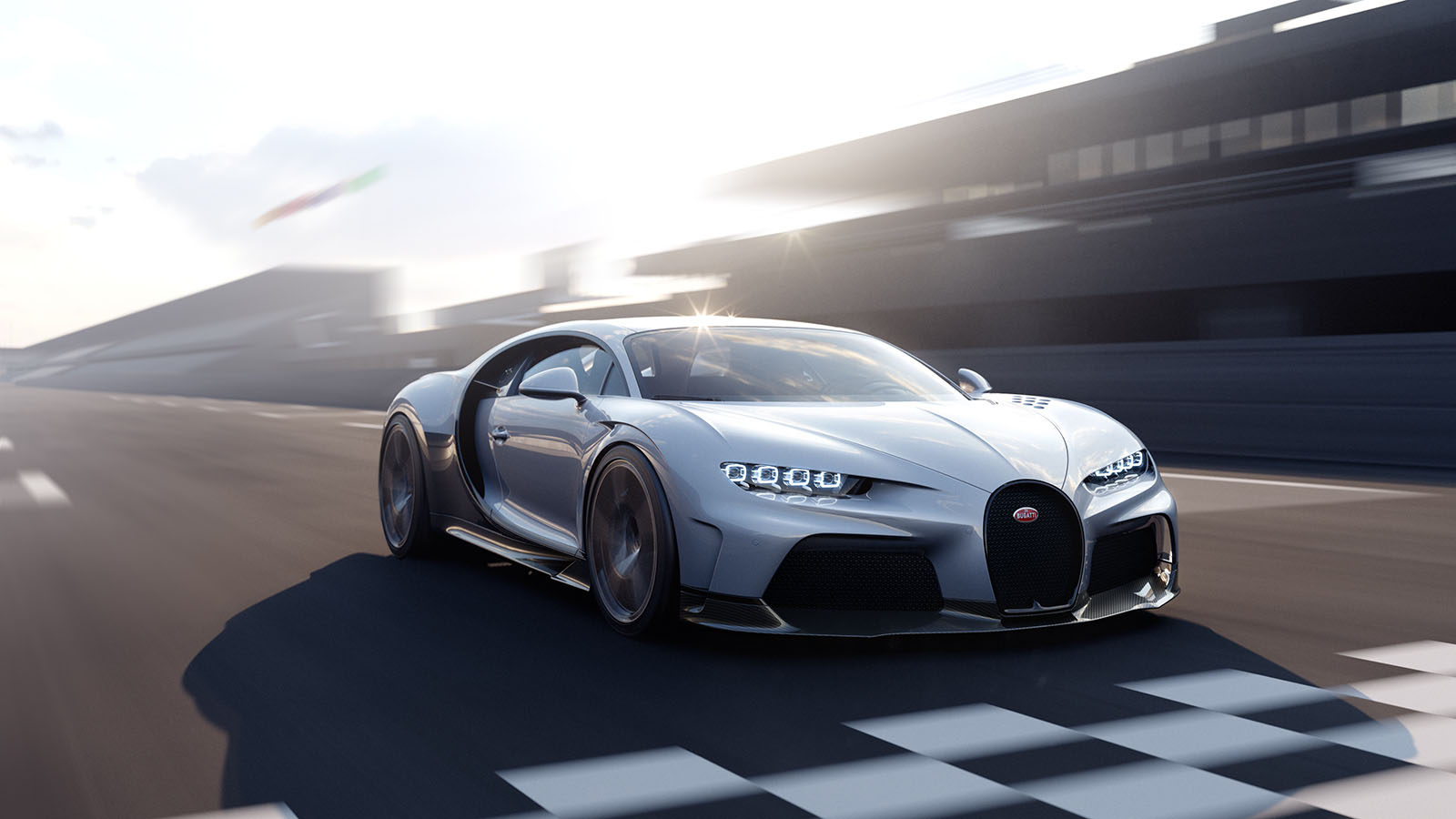 With the heavily modified rear section, the front of the Bugatti Chiron Super Sport had to be changed too so overall balance would remain, so there are now vertical winglets to direct the air as close as possible to the car onto the radiators, the inclined headlights and updated design are a testament to the aggressive character of the Super Sport variant of the Bugatti Chiron. 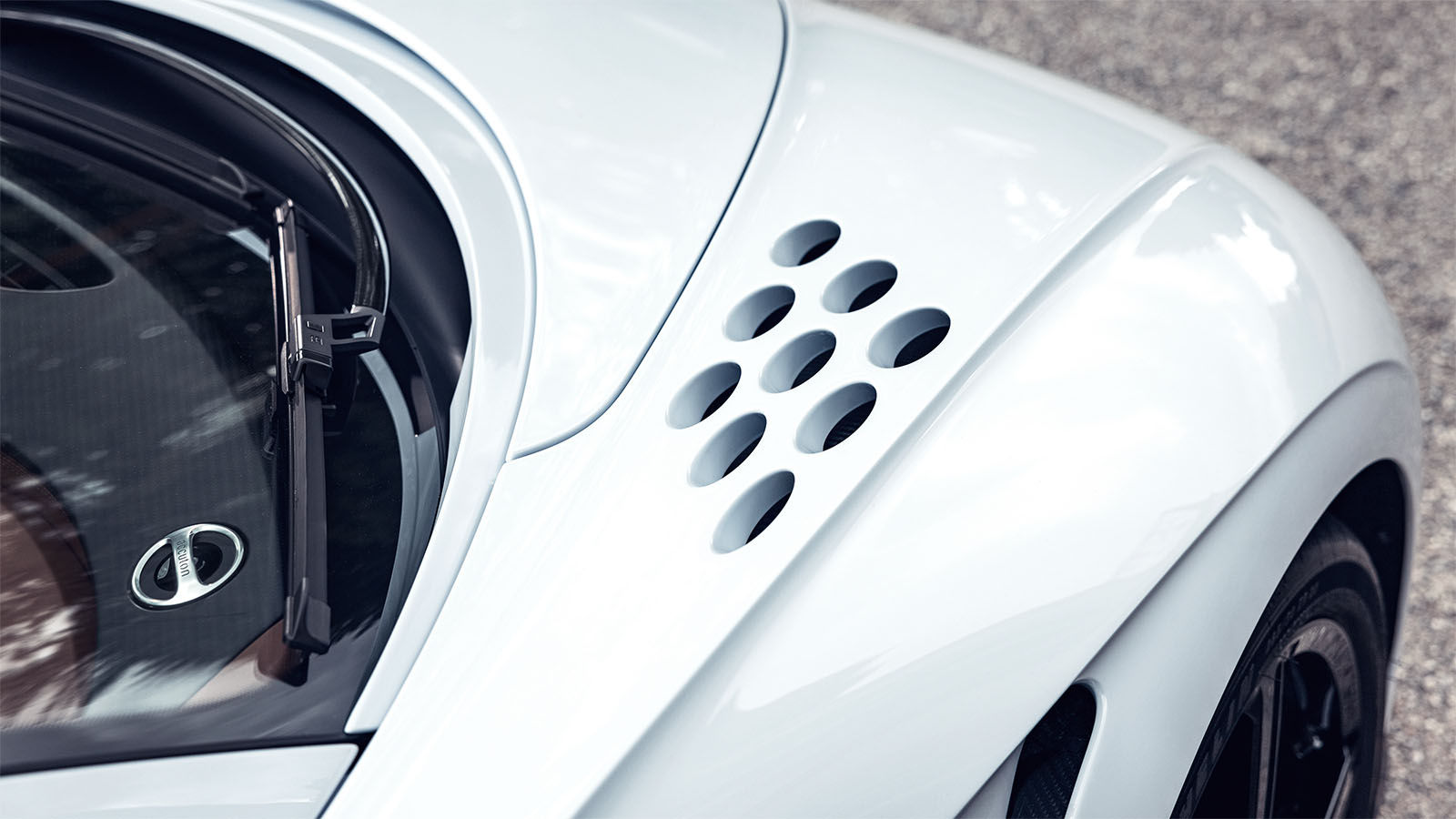 If you remember the Bugatti EB110 Super Sport, you might remember the round holes behind the side windows … as an homage to that design element, this new Chiron Super Sport comes with nine air vents on top of the front fenders to release air pressure from the front wheel wells, as this also increases downforce on the front axle, this styling detail is also functional, the new Chiron Super Sport is an uncompromising reincarnation of the Bugatti design mantra, ‘form follows performance’. 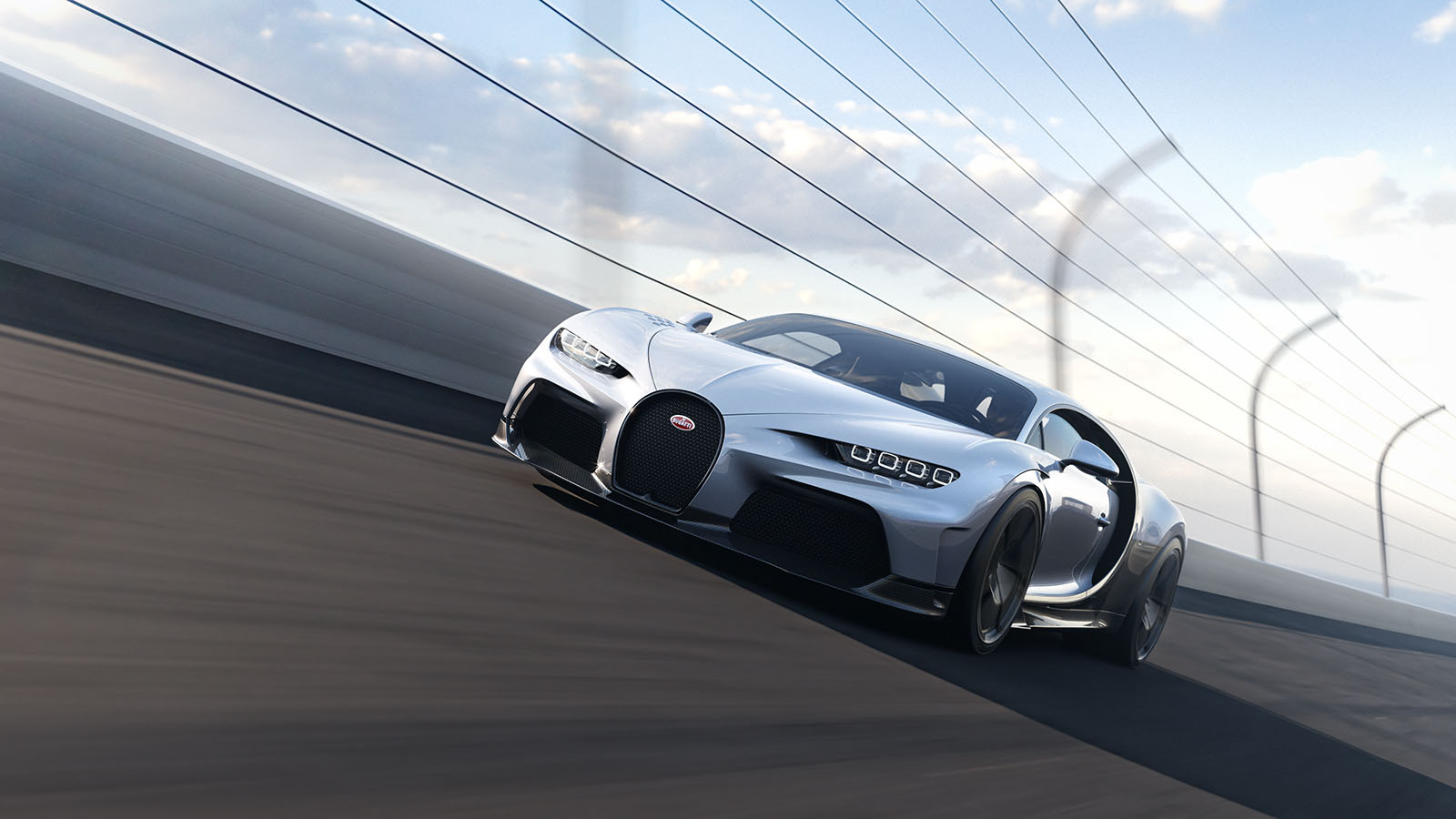 The Bugatti Chiron Super Sport comes with brand new, bespoke five-Y-spoke design wheels that won’t be available on other models, the client can opt for a diamond-cut finish on these wheels, or go for the Chiron Pur Sport’s iconic magnesium wheels to save even more weight on the Super Sport, every single weight-saving effort can be made to reach the top speed of 440 Km/h, the overall weight of the Super Sport is 23 kg less already. 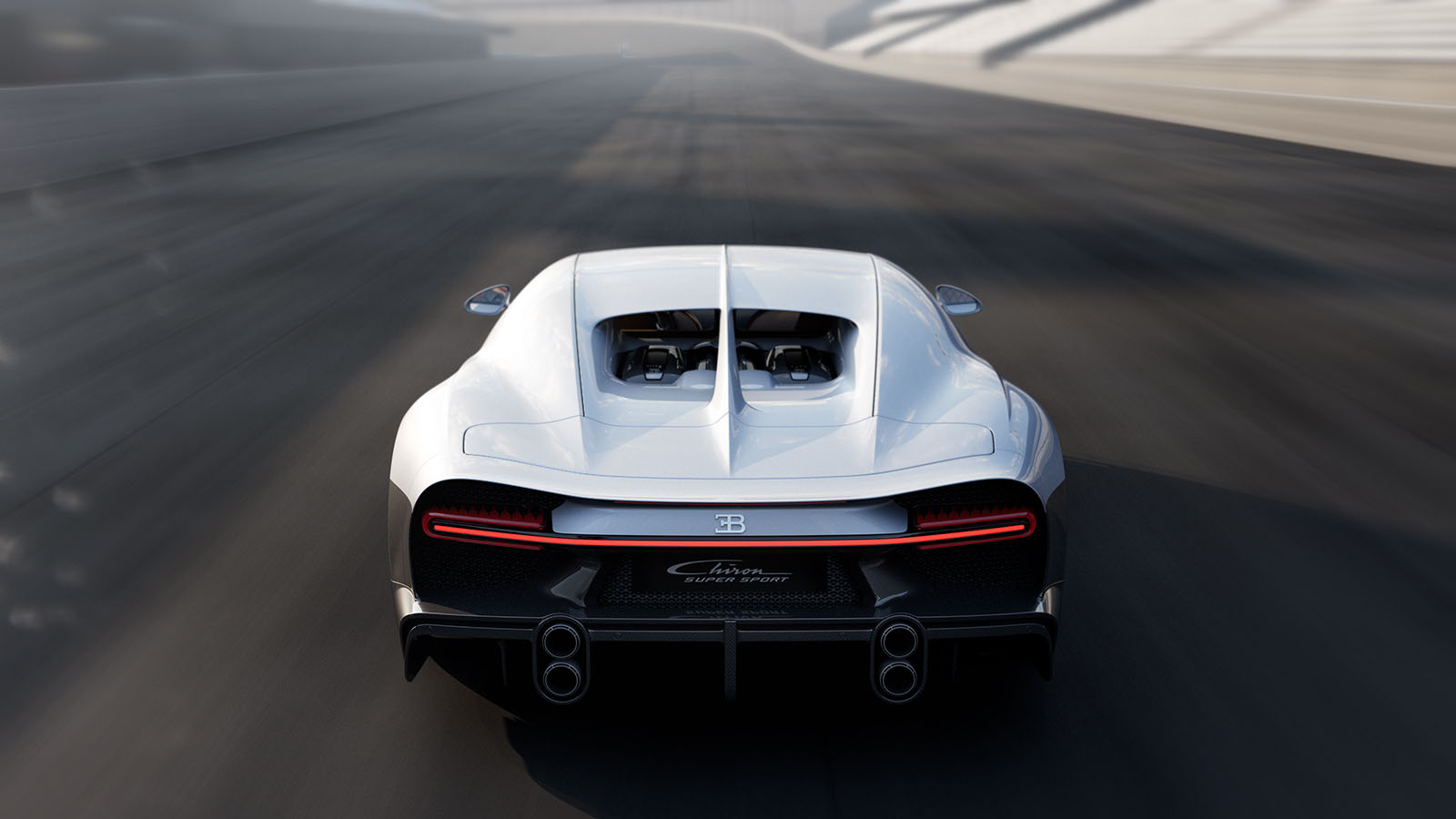 The engine inside the Bugatti Chiron Super Sport is still the well-known W16 unit, 8.0-Liter of displacement, but it has been seriously modified compared to the other Chiron models, power has been increased to 1,600 PS (1,176 kW) by modifying the turbochargers, the oil pump, the cylinder heads … the result is an increase in rpm to 7,100, the massive 1,600 Nm of torque is now available from 2,000 rpm right op to 7,000 rpm! The Chiron Super Sport accelerates from 0 to 200 km/h in 5.8 seconds and to 300 km/h in 12.1 seconds, an acceleration from standstill to 400 km/h is seven percent quicker than a Chiron. 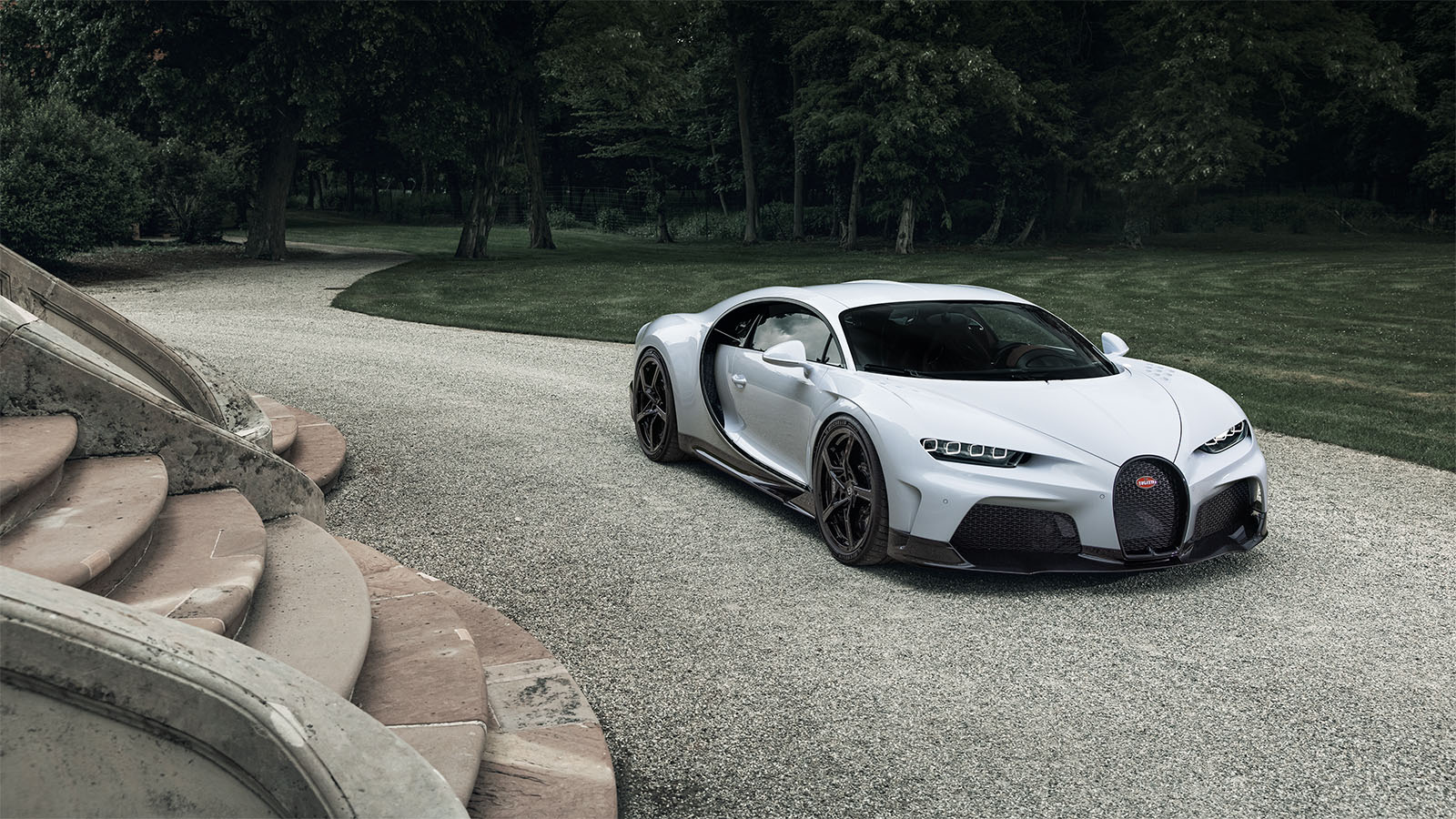 The Chiron Super Sport comes with a new chassis from Bugatti, with more rigid dampers and steering system to stabilize this hypercar at the mind-blowing speeds she is capable of, there is a choice of four driving modes: EB, Handling, Autobahn, and Top Speed. Jachin Schwalbe, Head of Chassis Development at Bugatti states: “This unwavering directional stability together with the quietness and rigidity of the steering and noticeably increased performance make the Chiron Super Sport unique.”

While the Chiron Pur Sport came with grip-optimized wheels, the Chiron Super Sport receives newly developed Michelin Pilot Sport Cup 2 tires, these are the only tires that can sustain speeds up to 500 Km/h for a longer period of time … possibly until you run out of fuel at top speed. 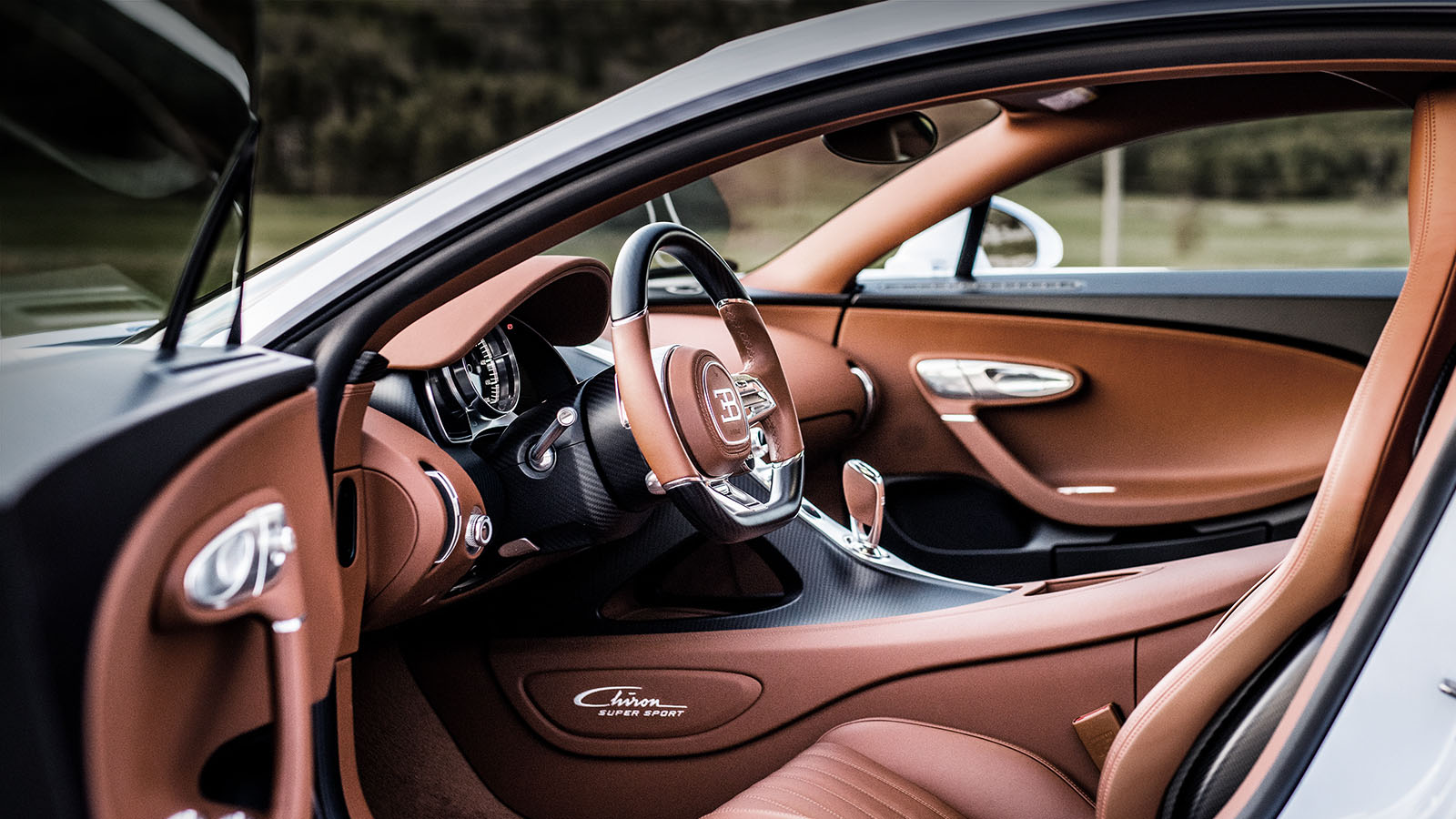 The Super Sport has been a rare edition during the Bugatti production since the early 1900s, and this new Chiron Super Sport is only the fourth model ever to receive this amazing suffix, the first time Bugatti used this term was in 1931, on their Type 55 Super Sport unveiled at the Paris Motor Show of that year, a two-seater with a 2.3-liter eight-cylinder engine using a compressor to deliver up to 160 PS to offer a top speed of over 180 km/h … in 1931! A total of only 38 units were built up to 1935. 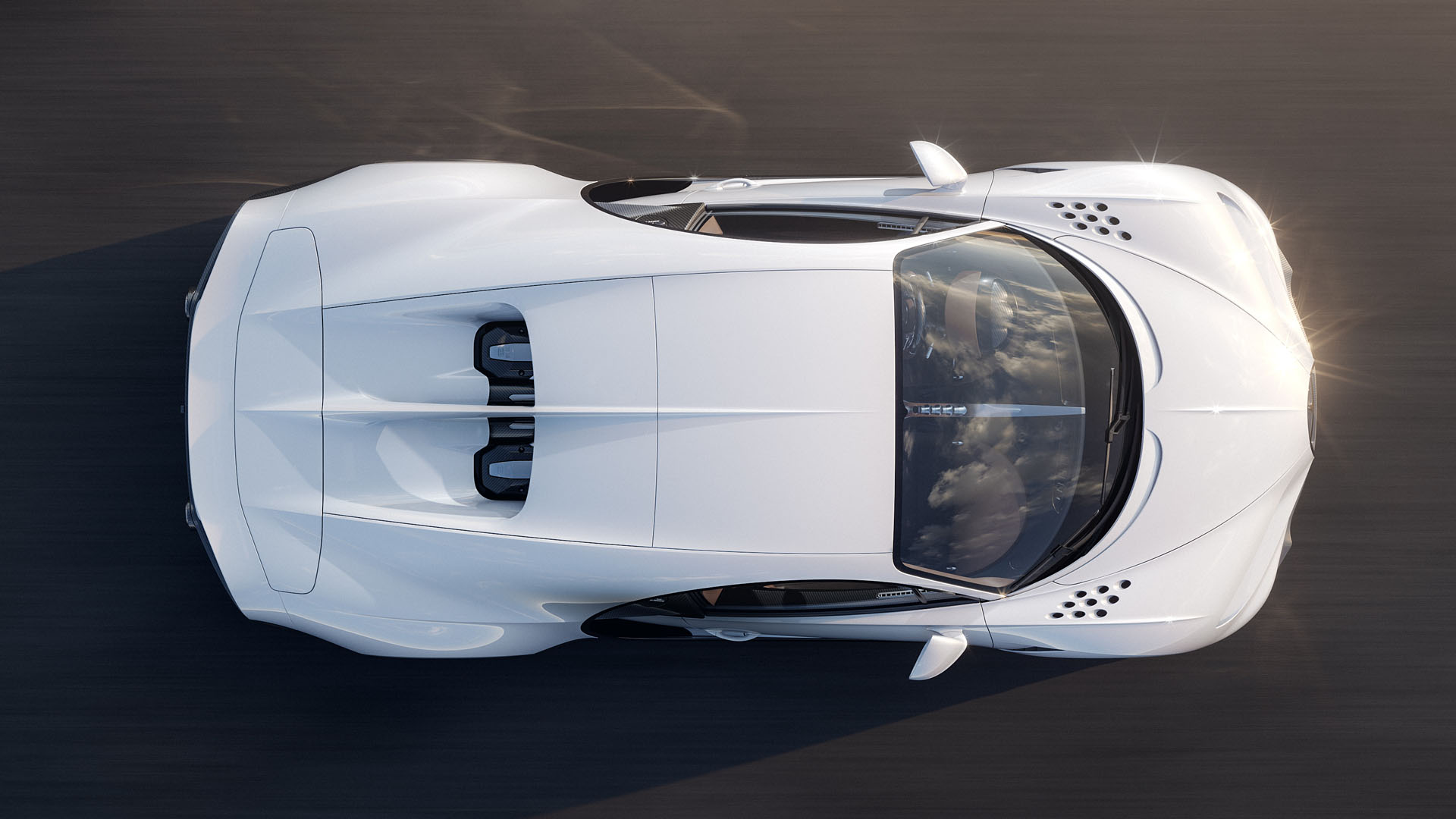 The next iteration of the Super Sport name would yield only 39 cars, and didn’t come around until 1993 with the Bugatti EB110 Super Sport, which was again about weight reduction and performance combined with luxury and exclusivity, the V12 engine with four turbochargers delivered over 610 PS and set multiple records, including a record speed of 351 km/h.

It would take another 15 years for the third generation of Bugatti Super Sport to be unveiled, this time on the 2010 Veyron 16.4 Super Sport with a massive 1,200 PS, this car broke the speed record in 2010 with a speed of 431.2 km/h that set it firmly in the Guinness Book of Records as the world’s fastest road-legal series sports car for many years to come. 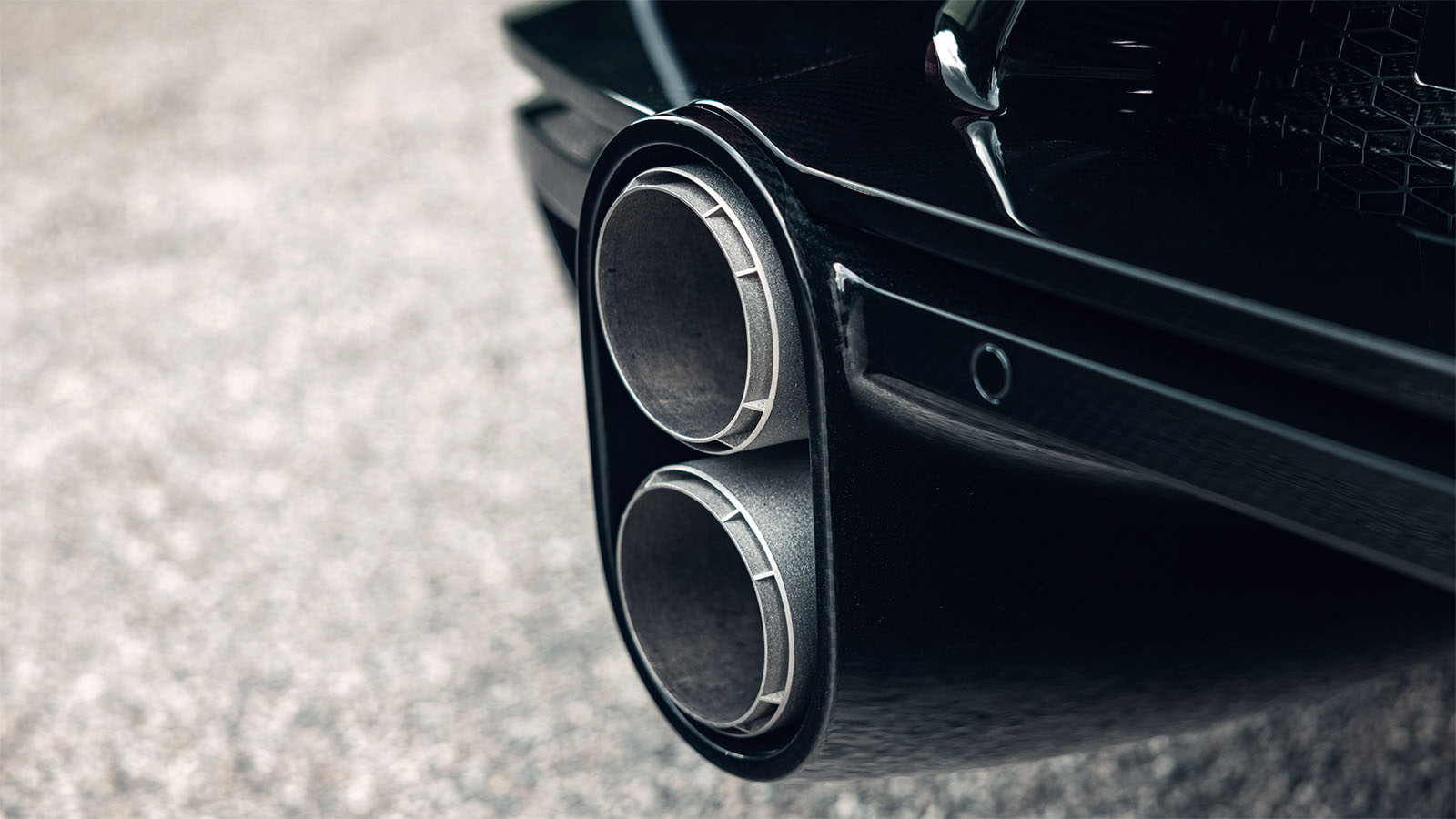